Digitalisation specialist VIST Group (a subsidiary of Zyfra Group) is piloting an unmanned drilling system, using an Epiroc Pit Viper 271 rig, at SUEK’s Tugnuysky open-pit coal mine in the republic of Buryatia, Russia 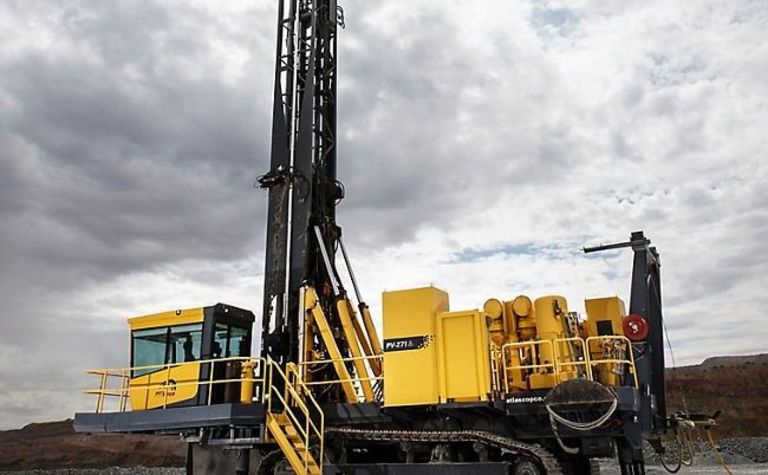 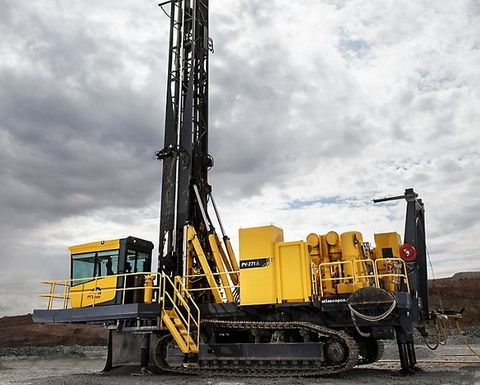 The tech group said the new system is intended to minimise the number of employees involved in hazardous and dangerous work, while maintaining or potentially reducing drilling costs.

It is anticipated that this solution will improve operational safety and efficiency at the Siberian operation, ranking among the world's largest coal mining centres.

With the new technology, it will be possible to move drills independently or in remote mode along the stack, drill shafts, assemble and dismantle the drilling assembly and level the platform. An algorithm will be used to determine the optimal sequence of drilling the shafts, taking into account their relative position and type of rock mass.

The sequence of operation starts with the drill operator moving the equipment to the required stack in manual mode. Another employee will then remotely set a drilling plan for the drill rig in this area and engage the independent operation mode; at the same time, the system's built-in safety algorithms will control the drill's movement, being responsive to the equipment and employees performing auxiliary work in the area. Personnel operating near the drill will be equipped with an emergency shutdown device, which, if necessary, will immediately stop the machine.

The operator can control the machine remotely from his computer workstation located at the enterprise, and, if necessary, will be able to quickly take control of the equipment during any process operation, such as in the event of complex non-standard situations. In this case, the digital system will actively help the human operator, warning of potentially dangerous factors, while displaying the status and additional information. Specialists will be able to remotely control the engines, compressors and controllers, moving, turning, mast raising and lowering mechanisms; assembly of the drilling unit; the braking system; drilling itself etc.

Overall, however, the human role will be minimised, and if any intervention is required, this will only be in rare specific cases, VIST explained. Satellite navigation and special drill control programs that are activated when directly approaching a specific location will provide pointing accuracy of up to 10cm.

The drill, without the intervention of personnel, will be able to level the platform and the mast independently with an accuracy of 1° in two planes, based on two-axis inclinometer readings, processing current data and generating commands to the alignment mechanisms on the basis of this data. Digital control of these mechanisms will be provided, and depending on their design, it will be possible to use mechanical actuators, electrical or control signals through the standard CAN industrial network.

A number of subsystems and algorithms will be created for independent drilling. In particular, a set of sensors for monitoring parameters (feed forces, rotation forces and speeds, gas-water mixture pressure, depths, etc.) will be installed on the equipment, as well as a subsystem based on actuators and feedback sensors for assembly build-up and dismantling.

The automatic drilling itself is the most complex and demanding operation, VIST noted. Initially, at the development stage, a conventional drill controlled by a machinist in the traditional manual mode will be equipped with sensors to ensure accuracy and reliability. Data will be carefully recorded during operation, and the initial and changing conditions will be compared with the drilling parameters and the operator's commands. The resulting information is used to configure and optimise the drilling algorithm.

The autonomous drill will fit into the enterprise's existing data environment. The MTC Karier management system will handle fuel consumption metering and reporting issues. The newly developed solution will become a part of the Intellectual Karier system, making it possible in future to centralise control over several drills simultaneously, including simultaneous operation of these rigs in the same stack.

The machine used is a Pit Viper 271 rotary blasthole drill rig from OEM Epiroc. The equipment is pre-set for independent performance of most operations, which are usually performed manually by the operator. It will be furnished with additional functions: motion control, environment scanning, automatic testing of the installed equipment, high-precision positioning and emergency shutdown, as well as two-way data transmission. At the same time, manual control from the cabin will still be possible in normal mode.

The equipment installed on the rig will include a system of environmental scanning sensors (short-range and long-range radars, 3-D light identification detection and ranging device), which will ensure early detection of any obstacles, bunded areas or cliff edges, and will prevent collisions. A multi-level automatic testing system will prevent the failure of various elements. The controller will monitor the status of the assemblies and the connection to the server, and compare the data from different subsystems. The server will verify the stability of communication with all elements and compare the data received from them.

To activate emergency shutdown, after pressing a button, a signal will be transmitted through a separate radio channel at a specific frequency directly to the actuators, bypassing the server, multi-level software, switches and installed computers.

The project will use modern, high-quality equipment, including an industrial on-board computer with independent control software, which contains the basic logic of the drill control, I/O controllers for controlling analogue and discrete signals, a set of environmental scanning sensors (light identification detection and ranging devices, radars, ultrasonic sensors), and recording of drilling parameters and the condition of the moving parts of the rig, as well as other technical elements.