Newmont Goldcorp and Swedish mining OEM Epiroc worked together to deploy an autonomous SmartROC D65 surface drill rig at the Hollinger open-pit mine, part of the gold miner’s Porcupine operations in Timmins, Canada 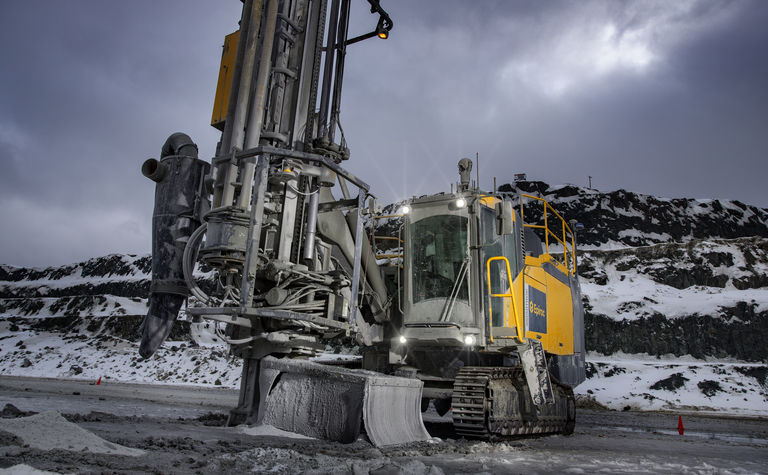 The autonomous SmartROC D65 was tailored for the Hollinger mine

Epiroc, which recently dubbed its integrated digitalisation and automation efforts as the ‘6th Sense' approach, claimed this was the first time a "fully autonomous" version of the machine was put to work.

The SmartROC D65 down-the-hole (DTH) hammer drill rig, capable of hole diameters between 110-203mm down to a depth of 56m, was designed for use in both quarrying and mining.

The machine can complete drill patterns autonomously, removing the operator from the site.

According to Epiroc, by automating the drilling process, operators can drill more holes per shift as it results in continuous operation without breaks and less wear on drilling tools.

"To make this work we are using the smart functions on the drill rig that are already there. Since we developed these functions over the years, we have a good understanding of how to incorporate them in the autonomous mode," Mayya Popova, product manager automation in Surface and Exploration Drilling division at Epiroc, explained.