Australian research organisation Mining3’s alternative explosives project, which is seeking to eliminate toxic fumes from blasting, has successfully detonated what could be the world’s first hydrogen peroxide-based emulsion explosive, ahead of 2020 mine site trials 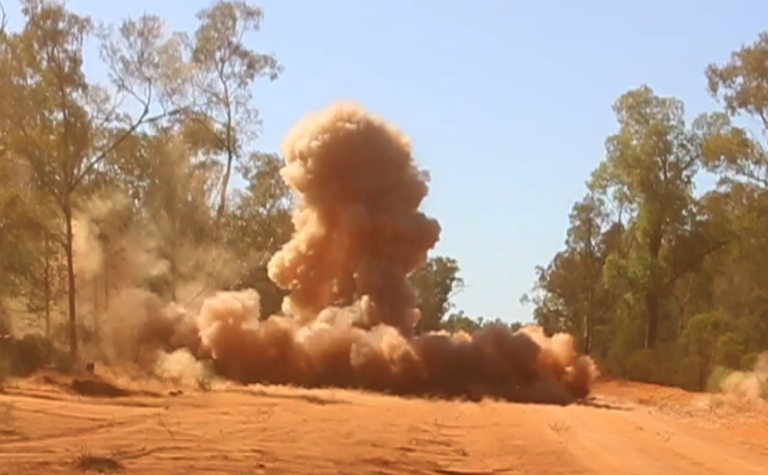 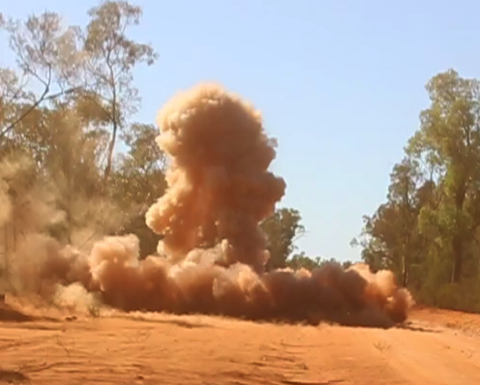 Mining3 has been developing a non-toxic, hydrogen peroxide-based explosive, which could present a safer and more environmentally friendly alternative to current blasting materials.

Indeed, by removing the nitrogen component of the explosive formulation, it is aiming to nix any nitrogen oxide (NOx) fumes generated after blasting.

According to the organisation, a recent series of trial blasts, using the project's proprietary formulations, confirmed the explosive's ability to detonate and provided early steps into the characterisation of this improved product.

"The new formulation is a major achievement in superseding water-gel/hydrogel formulations and a crucial advancement in product stability and sleep-time," Mining3 said.

"Gums and emulsifiers are the binding agents in water-gel and emulsions, respectively. Importantly, gums have a low-level organic contamination, which leads to hydrogen peroxide degradation and limited current water-gel technology for manufacture and immediate detonation applications.

"With synthetically produced emulsifiers the material can be inert-to-hydrogen peroxide, lengthening the product stability to a significant period and enabling broader applications in the mining industry."

Over five days at RUREX, a professional independent detonation testing range in Australia, more than sixty detonation tests were fired. Several other formulations were also tested that will advance in the technology pipeline, Mining3 confirmed, but it is the confirmation of emulsion tests that was the most immediate success.

"These blasts have confirmed that we are pursuing the right pathway forward," Dr Andrew Kettle, senior experimental scientist and project executor, said.

"We have invigorated enthusiasm going forward to further characterise the new emulsions in preparation for mine site trials in 2020. We are indebted, of course, to the ongoing support of ACARP and RUREX, and the vision of Mining3."