Equipment producer Sandvik, which has been on a long-term sustainability push across its portfolio, is currently testing its Stage V-compliant underground trucks at Boliden's Tara mine in Ireland. 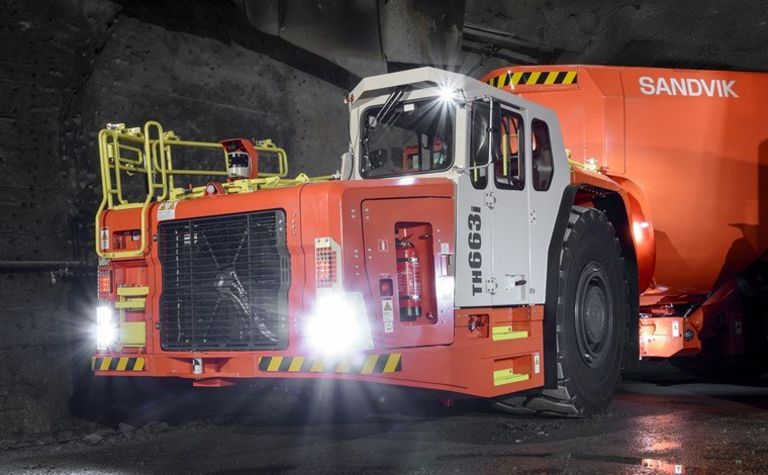 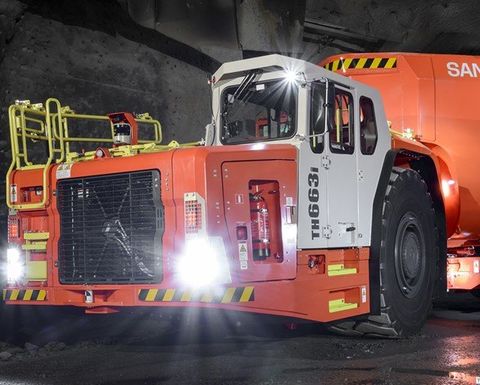 The field testing, which the OEM has taken on to further develop its line of trucks and loaders that are compliant with the Stage V emission standards, comes after Sandvik unveiled its first Stage V loaders last December.

At the center of the extensive trials: the 63-tonne flagship Sandvik TH663i truck, which has been equipped with a brand-new Stage V engine. The company is pairing the trials with feedback from the mining operator on operational and technical performance.

Sandvik, which designed the machine for lower emissions, which in turn means reduced mine ventilation needs for the mine, created the engine system specifically for underground use. In addition to built-in fire prevention, it also has increased wiring protection with a shrink mesh wiring harness and electric hardware along with corrosion, heat and water resistance.

The OEM said the new Stage V engine, requiring ultra-low sulphur fuel and low-ash engine oil, will be an optional feature aboard the TH663i.

"To reduce particle emissions in the lower stages, standard engines on both in TH663i and TH551i trucks can be equipped with a diesel particulate filter (DPF)," officials said.

"Based on the studies conducted, the optional sintered metal DPF reduces particle mass by approximately 99%. From a reliability and maintenance viewpoint, the DPF is well protected but designed for easy cleaning to reduce downtime and operating costs and is also available as a retrofit kit."

Product line manager for trucks Pia Sundberg said Sandvik plans the trials to be thorough in order for both companies to get the most out of it.

"Possible hiccups that can often occur when developing something new are identified prior to the product being fully commercialized, which enables us to serve our customers better in the long run," Sundberg noted.

"Based on the feedback that we receive, we are still able to do some modifications if necessary and thereby make sure that the TH663i meets expectations when it is released to the market with the latest engine technology at a later stage."

The TH663i will be available with AutoMine for Trucks, the OEM said.