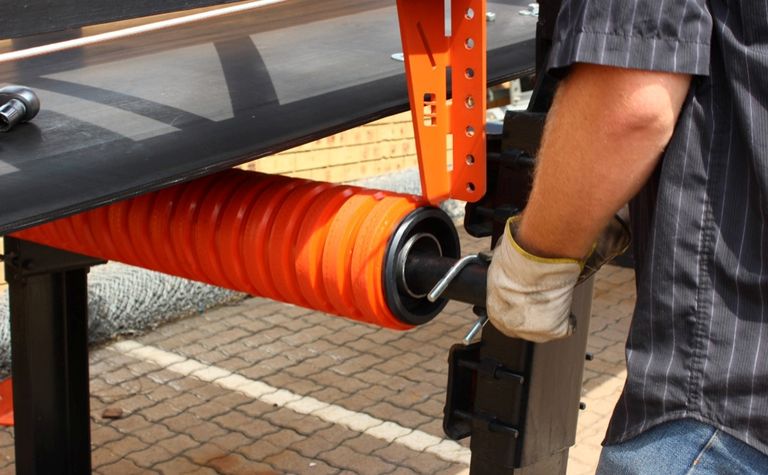 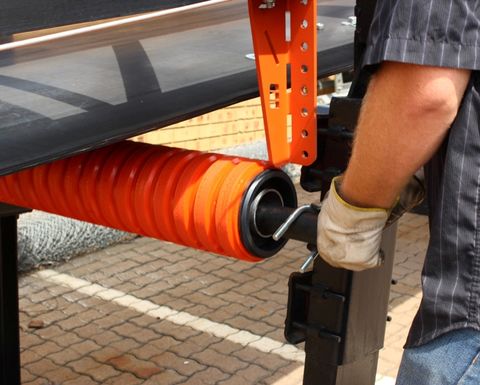 Building upon the standard crowned roller, the Martin Roller Tracker uses a ribbed lagging made of polyurethane to increase performance and wear life. The roller does not come in contact with the belt edge, which means no fraying and excellent tracking for single-direction or reversing belts. Martin said the result is more centred cargo loading, less spillage and increased safety from the hazards of belt wander, leading to higher productivity and a lower cost of operation.

“Crowned tracking rollers have been around for a while, but we saw design issues that prevented them from reaching their full potential,” said Rudolf Beer, engineering and development manager at Martin Engineering. “After creating a working prototype of the new design and testing it at our Centre for Innovation, we discovered that we had truly improved upon the technology and engineered the best tracker of its kind on the market.”

When the belt wanders off-centre, the assembly tilts to the opposing side and steers it back toward the normal position. By retaining a consistent path on the return side, the belt passes over the tail pulley and enters the loading zone centred, delivering equal cargo distribution and reducing spillage.

Built on a central pivot attached to a stiff, vibration-free mandrel, the unit is lifted 5mm under the belt to retain a tight grip on the surface. As the belt drifts, the roller constantly tilts and turns, reacting to the direction of the belt’s drift.

The unit was designed for heavy-duty applications and tested outdoors.