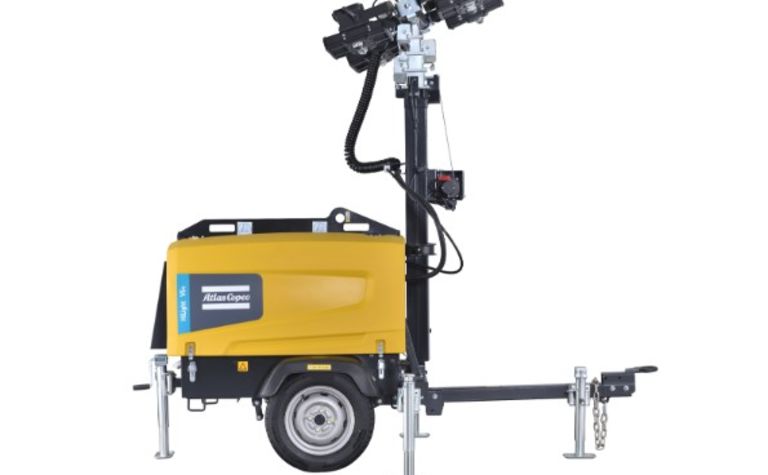 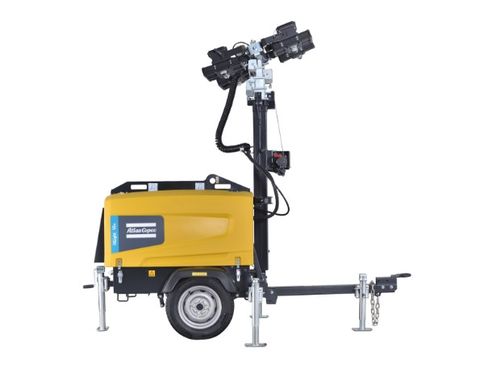 Tracpart said that when the mine approached it for a solution, Atlas Copco was the answer because of its past work with the OEM on pumps and generators. The lights offer state-of-the-art LED technology and can provide up to 25% more light versus metal halide lamps, while delivering users an average fuel consumption savings of 60% and a 70% reduction in CO2 emissions. The towers have been mounted on custom-built double-axle trailers.

“Our strong focus on coal mining positions us as a specialist solutions supplier to this sector,” Tracpart co-founder De Wet van Wyk said.

“As more and more mines in the region are reaching maximum depths and consequently moving to surface mining, we have expanded our scope of supply from underground machines, equipment and services to meet the growing demand for surface mining solutions.”

It found out about the mine’s need after a site visit, the executive said, and that they previously had only used metal halide light towers.

“The coal mine requested replacement of the same, but when the many advantages of the HiLight V5+ light tower range with cutting-edge LED (light emitting diode) technology came to light, the mine did not hesitate in making the switch to LED,” he added.

Once in place, De Wet said the mine operator, who has not been named, reported that the lights exceeded their expectations.

“Our customer reports extreme satisfaction with the light towers and are particularly impressed with the effective lighting and economy delivered by the units,” he said.

In addition to the HiLight V5+ LEDs, Atlas Copco Portable Energy’s portfolio of light towers for the Southern African mining and industry includes the HiLight V4 and the new electric HiLight E2 and E3+ range, as well as the flagship in the range.

The trailer-mounted HiLight H5+ recently received the 2017 Red Dot Design Award, recognising it as the most efficient LED light tower with the highest luminosity. The tower features a controller for automated starting and stopping, allowing it to use its 120L tank capacity to consume just 0.5L/h of fuel and run for 185 hours touch-free.

A coal mine has increased its operational efficiency and environmental credentials after adopting LED...