Siemens is undertaking the engineering, design, production and supply of the electrical equipment for the Oyu Tolgoi copper mine conveyor system 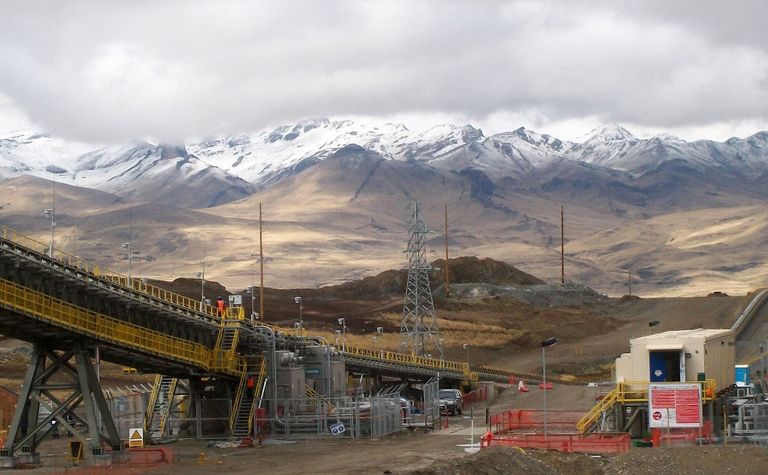 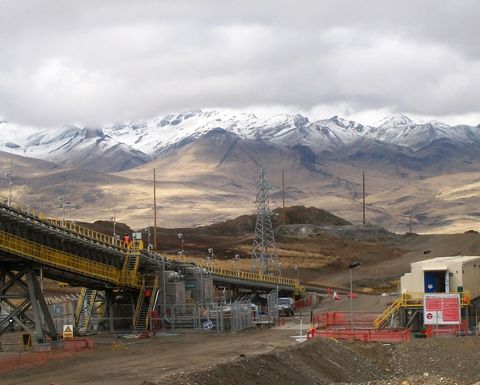 The delivery comprises the new conveyor system with gearless and conventional drives from thyssenkrupp Industrial Solutions. The new system extends the existing opencast mining facility and is expected to bring 95,000t/d of copper ore to the surface. The conveyor system has to overcome a difference in height of almost 1,400m. Initial production is expected to commence in 2020. The order value is in the tens of millions of dollars.

Siemens is supplying thyssenkrupp with state-of-the-art electrical equipment consisting of 8DA10 (gas-insulated) and NX-AIR (air-insulated) medium-voltage switchgear, transformers, low-voltage energy distribution, Sinamics SL 150 and Sinamics S150 frequency converters as well as low-speed synchronous motors with a nominal power of 5.5MW and smaller squirrel cage induction motors. The delivery also includes pre-assembled ‘E-Houses’ for installing the equipment as well as power factor correction and harmonic filtering equipment. To fulfil the requirements of the underground environment the dimensions of those ‘E-Houses’ were reduced to an absolute minimum.

The transport system consists of a total of nine conveyors – seven underground and two at surface. Four of these conveyor belts have a gearless design, each with two 5.5MW drive systems.

thyssenkrupp Industrial Solutions specialises in planning and supplying advanced mining and conveying systems. By using Siemens technology, the industrial group has already achieved one of the longest and most powerful conveying systems in the world. Siemens has been supplying thyssenkrupp with reliable and powerful drive systems and electrical equipment for international mining projects for over six years. Siemens stated that this close and successful collaboration has allowed it to win the copper mine project in Mongolia.