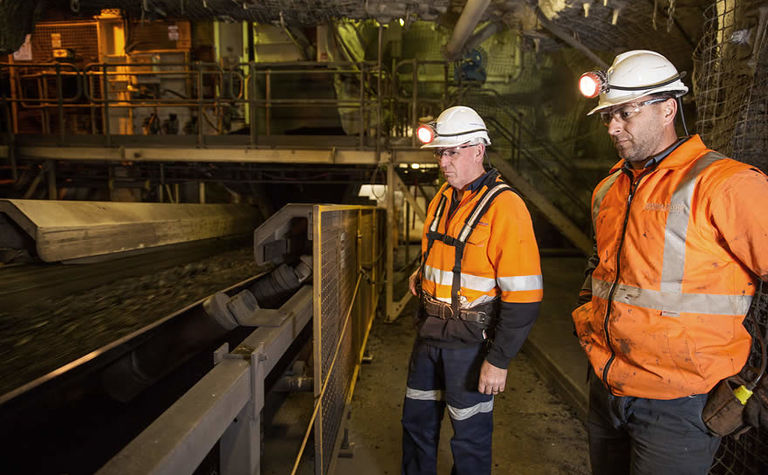 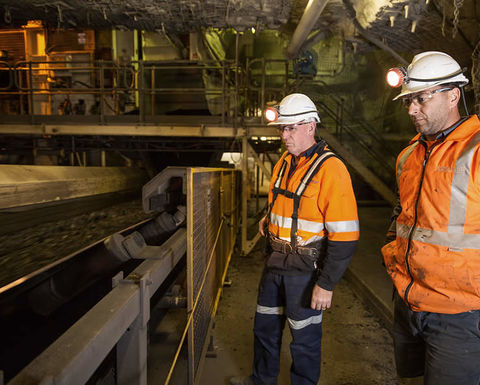 PRESS RELEASE: The current seam at Yancoal’s Ashton mine in the Hunter Valley ranges from 1.8m to 2.2m high against an average height of 3.6m throughout most of the region’s open-cut and underground mines. The narrow seam is not unique to the Ashton mine and is generally confined to mines in the eastern half of the Hunter Valley mining zone.

According to Ashton engineering manager Barry McKay, the seam is a symptom of the challenging geology of the area and “something we have to deal with”.

With the longwall system set up to cut at 3.6m, the decision was made to stay with the established cut height and have a primary separation of coal, sandstone and mudstone as the product was conveyed to the wash plant. Fenner Dunlop, as conveyor contractor to the mine, was asked to design an appropriate system.

Water became a primary design consideration. Cutting more rock meant using more water to control the dust – water that has to be separated off early to avoid damage to the conveyor system and components. Fenner Dunlop’s solution was to redesign the existing transfer point on the trunk conveyor to include a rockbox, which quickly separates excess water from the mined product.

McKay commented: “It’s a unique solution to something that could have been a real problem for us.

“Rockboxes are an established part of the underground mining dewatering landscape. It’s a credit to the design ingenuity of Fenner Dunlop, along with their understanding of the coal industry, that they could successfully adapt the rockbox technology to this project.”

The new components were all made to be installed during the mine’s weekly one-shift maintenance shutdown period and, in a nod to site safety and maintenance accessibility, the transfer point and integral rockbox were redesigned for floor mounting.

McKay added: “They have worked very closely with us to meet construction and installations timetables and avoid any unnecessary shutdowns.

“Along with a 6% improvement in system availability, we are seeing an improvement in overall efficiency, considerably less wear on the belts and associated installed equipment and tangible savings in the conveyor maintenance budget.”

The application uses AI and machine learning to ensure that equipment avoids accidents.