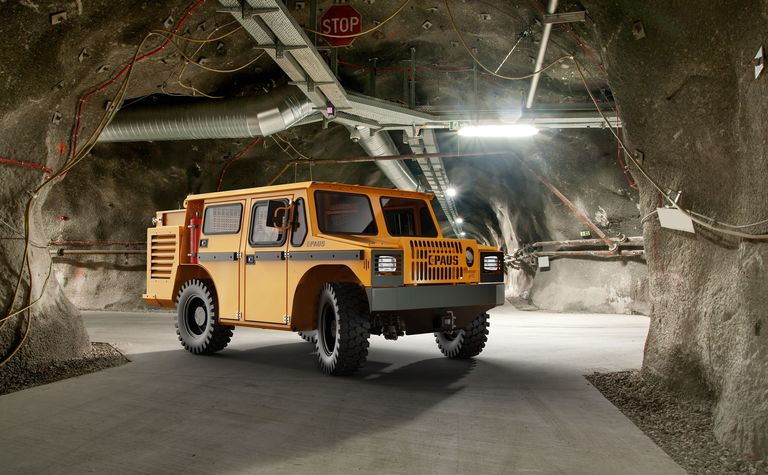 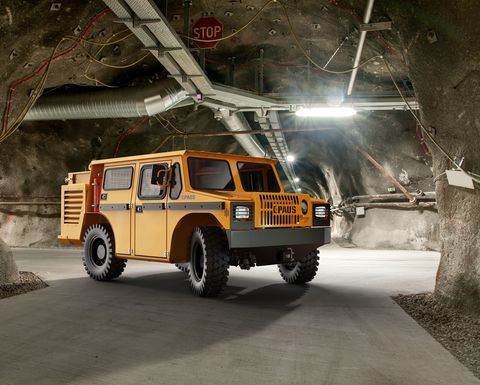 The electric and hybrid versions of MinCa 5.1 are now available to customers

PRESS RELEASE: The inhalation of exhaust gases from diesel vehicles is a significant health risk for mine workers underground, which can lead to lung and respiratory diseases.

Paus offers the MinCa 5.1, a universal vehicle for mining, as a hybrid or electric variant for underground mining. With its compact dimensions (4mx1.75m) and a payload of 1.2 tons, it is suitable for passenger and material transport in mines.

The universal vehicle MinCa 5.1 is produced in Emsbüren, Germany, and has been on the market for two years as a diesel vehicle.

The electric and hybrid version, which was developed and tested in cooperation with Paus and Danfoss in recent months, is now going into series production.

The first units of the four-wheel drive vehicle will be delivered to customers of the two companies later this year.

Danfoss Mobile Electrification, part of Danfoss Power Solutions, is a specialist in smart electric and hybrid powertrains for marine, commercial and heavy-duty vehicles based in Lappeenranta, Finland.

Danfoss Mobile Electrification was created following the acquisition of Danfoss' original Visedo company, founded in 2009, in December 2017. The company's drives are suitable for hybrid and electrical systems in the 30-2,000KW power range.

Editron is the new name for the complete electric drivetrain system developed by the company. It is controlled by powerful software that optimises each individual component of the electric or hybrid drivetrain, leading to  intelligent management of power distribution in order to deliver maximum efficiencies for the end user.

The company said the truck has a payload capacity of 65-tonnes and is being tested.