After commencing mining operations just five months ago, Metro Mining has shipped one million tonnes of bauxite from its Bauxite Hills mine north of Weipa, Queensland, Australia 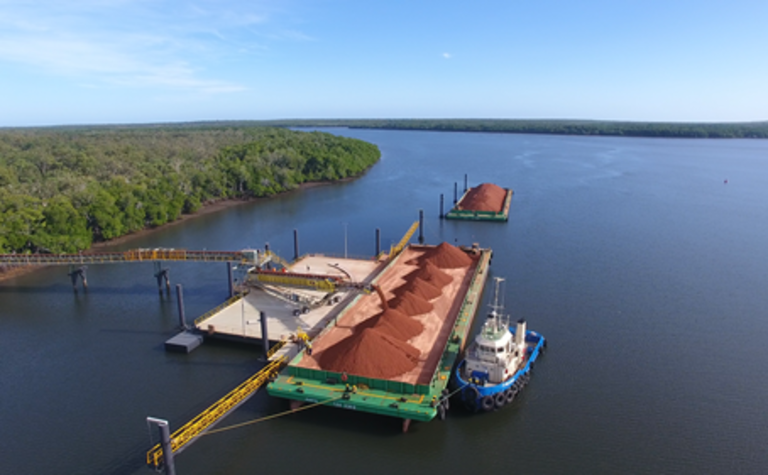 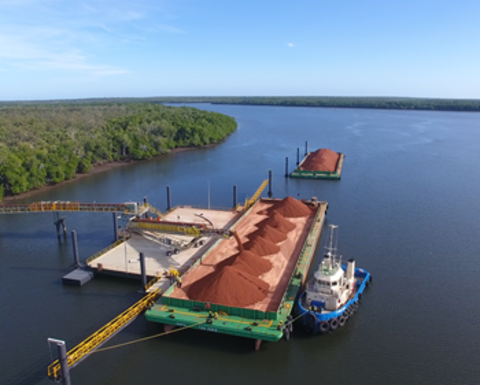 At Bauxite Hills, free-dig bauxite is mined by front-end loaders then trucked between 6-22km to a port infrastructure area

PRESS RELEASE: The millionth tonne of bauxite was loaded aboard the bulk carrier ISA Oldendorff as part of a 60,000t shipment bound for Metro's foundation customer Xinfa Group.

Metro has a four-year binding off-take agreement to supply Xinfa with one million tonnes this year followed by 2Mtpa for each of the next 3 years.

Earlier this month, Metro announced an additional binding contract with China's state-owned State Power Investment Corporation (SPIC). That contract for, 300,000Mt of bauxite to be delivered this year, follows a memorandum of understanding with SPIC and is considered a key step towards finalising a long-term off-take agreement with them.
Seventeen shipments have sailed since mining operations commenced.

"We have sold our total planned production for this year and currently have around 90% of next year's production also covered," Metro's managing director Simon Finnis said.

"We are seeing particularly strong demand for our bauxite from refineries located in inland Chinese provinces where supply of domestic bauxite has been hindered by recent mine closures and environmental audits. Our product specifications are well suited to the processing requirements of these refineries."

Metro is mining at an initial rate of 2Mtpa and, subject to board approval and expansion capital, will ramp up to 6Mtpa over the first four years. Government approvals are in place to mine up to 10Mtpa.

"Production at the Bauxite Hills mine is steadily increasing and given current demand we are actively looking at ways to increase 2019 production above the current planned rates," Finnis said.

The Bauxite Hills mine has an estimated ore reserve of 92.2Mt and a total resource of 144.8Mt, with an estimated 17-year mine life.

Bauxite Hills boxes in a restart