Emirates Global Aluminium (EGA) has announced a milestone in its development of a bauxite mine in the Republic of Guinea, West Africa, as the biggest single piece of equipment for the project arrived in the country 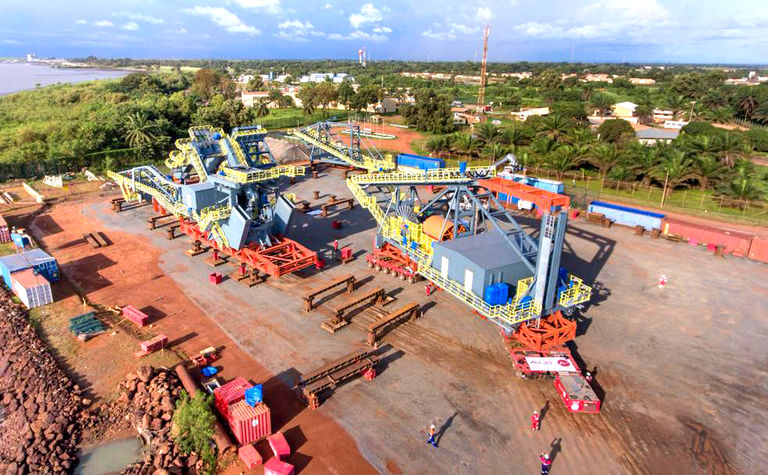 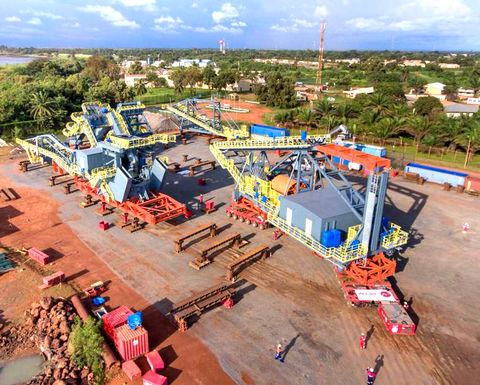 The stacker reclaimer arrives at EGA's bauxite mine

PRESS RELEASE: EGA's subsidiary Guinea Alumina Corp (GAC) is developing a bauxite mine and associated export facilities in Boké province in what is the largest greenfield investment in Guinea in the last four decades. Bauxite is the ore from which aluminium is derived.

GAC's stacker reclaimer weighs 1,300t and will now be installed at the company's site in Kamsar on the Guinean coast.

When GAC's mine is operational, the stacker reclaimer will be used to stack bauxite ore arriving at Kamsar by rail. It will also reclaim and place ore on a conveyor system for transport along GAC's pier to waiting barges.

EGA is expanding upstream and internationally to secure the natural resources the UAE's aluminium industry needs, and to create new revenue streams for the company. In addition to the GAC project, EGA is building the UAE's first alumina refinery in Abu Dhabi. EGA's Al Taweelah alumina refinery will process bauxite into alumina, the feedstock for aluminium smelters.

Abdulla Kalban, EGA's managing director and chief executive officer, said: "The arrival of this huge piece of equipment in Guinea is another big step forward in the GAC project, bringing us ever closer to producing and exporting our first bauxite ore. The stacker reclaimer will become a landmark in Kamsar, as it works over the decades ahead as a crucial part of our production system transforming bauxite into value for Guinea and for EGA."

The bauxite that is stacked and recovered by the stacker reclaimer will be unloaded from GAC's rail wagons using another large piece of equipment, the car dumper. This equipment arrived in Guinea in June.

First bauxite exports from the GAC project are expected during the second half of 2019.

The stacker reclaimer was delivered to Kamsar port from China in 12 separate modules. Each part will now be carefully moved to GAC's site by rail, in a process that is expected to take several days.

Once assembled the stacker reclaimer, which resembles a large crane, will be some 125m long and 25m high.

More than 3,000 people, over 80% Guineans, are currently building GAC's project. The project has a total budgeted project cost of US$1.4 billion.

Once full ramp up is achieved, the project is expected to produce some 12Mt/y of bauxite. 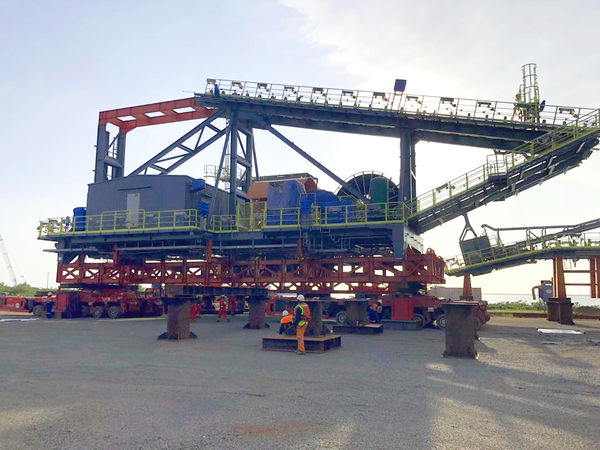