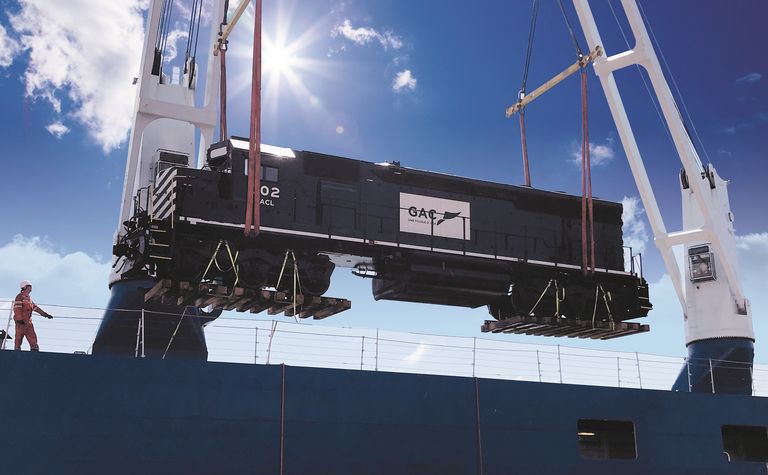 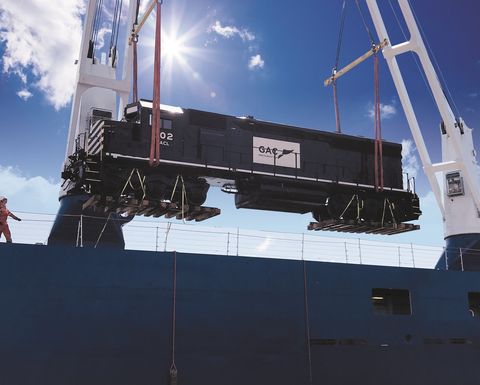 PRESS RELEASE: EGA's subsidiary Guinea Alumina Corp (GAC) is building a bauxite mine and associated export facilities in Guinea in what it stated is the largest greenfield investment in the country in the past 40 years.

The shunting-locomotives will be used to move rail wagons around GAC's loading area at its mine location and at its unloading platform at Kamsar port on the Guinean coast.

The locomotives were manufactured in the US. Each locomotive is power-rated to 3,000hp (2,237kW) and can shunt and manoeuvre up to 120 fully-laden wagons weighing more than 10,200t.

The first bauxite exports from GAC's project are expected to start during the second half of 2019. GAC is expected to produce some 12Mt/y of bauxite once fully operational.

Paulo Castellari, CEO of GAC, said: "The arrival of these shunting-locomotives is another milestone in the development of our project, which will boost the mining sector and the economy of the area and of Guinea as a whole. Our infrastructure for the mining of bauxite and delivery to ships for export is rapidly taking shape. We are focused on completing our work safely and efficiently."

GAC will use existing railway lines and hauling-locomotives for most of the 90km journey from the mine to the port. The company is building rail spurs at both ends of the line to connect the existing rail network to its facilities.

The total budgeted project cost of the GAC project is around US$1.4 billion.