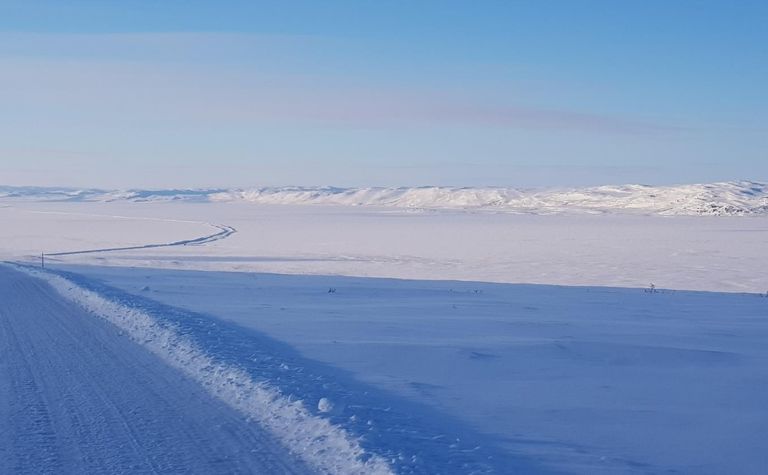 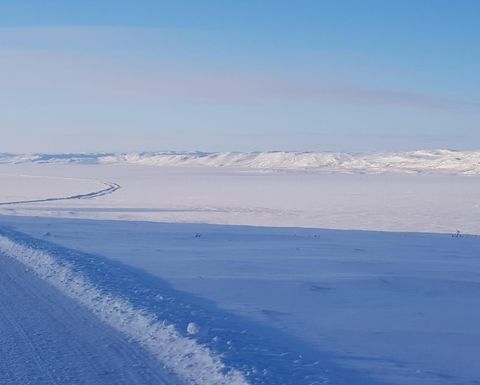 With construction now wrapped up, the miner said the majority of the critical and heavy items for the Goose operation have been transported and delivered. Some items included construction equipment, steel, bulk fuel tank supplies and items needed for the earthworks phase.

"The WIR is the final critical infrastructure component to facilitate transportation of equipment and supplies to the Back River project," officials confirmed, adding that work began in mid-February and was done by late April. Construction of the port facility and receiving equipment via sea lift was completed last year.

While deliveries continue, time is still ticking for Sabina, however; the WIR - which has never been operated using wheeled vehicles - will close on or about May 15.

"While this first time constructing was challenging, we have learned valuable lessons in how to better construct and improve the WIR for future years," president and CEO Bruce McLeod said.

"It was important to have built this road prior to making a production decision as it enables us to evaluate execution plans, optimise the process and provide additional certainty that it can be built and operated once a construction decision has been made."

Preparations for the WIR, which extends for 170 kilometres, initially began last December. An air ice strip was ready for use in January and received 11 aircraft loads of specialty equipment and supplies prior to the commencement of construction on the ice road. While the road was to be a two-head route, a limited number of scheduled loads resulted in it having only one heading.

"Adjustments, including equipment selection, logistics support and final route alignment will ultimately improve our ability to construct and operate of the WIR in future years."

Sabina Gold and Silver owns 100% of the Back River gold project. Based on its feasibility study, the operation has the potential to produce about 200,000 ounces a year for about 11 years.