Trelleborg’s marine and infrastructure operation has supplied its rubber-lined expansion barrels to a major oil sands mine at Fort McMurray in Alberta, Canada 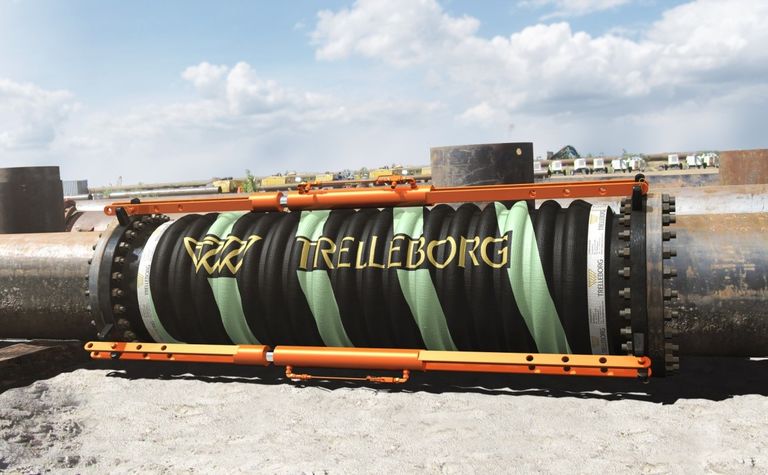 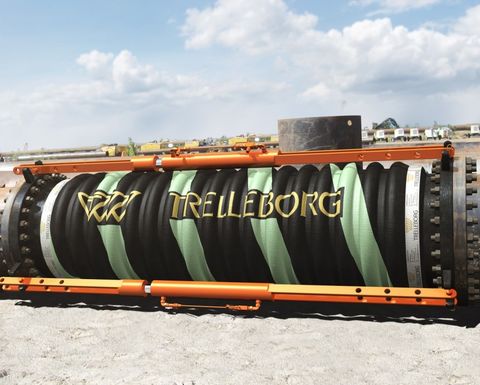 The mine was not identified, but Trelleborg stated it is one of the largest integrated combined oil sands mining and refinery facilities in the world. The supply of Trelleborg expansion barrels has significantly increased productivity, while reducing downtime.

Due to the size of the mine, oil sands slurry and sediments must travel long distances in the mine's pipeline system. Therefore, the mine specified Trelleborg's expansion barrels, which enable the thermal expansion and compression of pipeline systems, to facilitate extended periods of travel in diverse temperatures at the mine. This removed the mine's need for frequent maintenance and consequent downtime, which is caused by extensive wear on the barrel.

The expansion barrels, which were tested over a four-year period at the mine, are flexible in all directions, so they can compensate for the thermal expansion and lateral deflection in a pipe system. Thus, enabling the pumps which circulate the slurry throughout the pipe system to be protected against load forces, allowing for a safe expansion and compression.

Richard Hepworth, president of Trelleborg's marine and infrastructure operation, commented: "Testing proved that slurry was able to travel for 24,000 hours in the pipe without maintenance, equating to approximately three years, as opposed to around 4,000 hours, which non-expanding barrels often provide. With temperatures across certain parts of our mine reaching as low as -46°C, downtime can compromise the safety of our people during maintenance.

"We were inspired by the demand of the oil sands tailings processing at the mine, due to it being a high-pressure project that demands bespoke equipment to operate in a unique environment which poses complex challenges.

"With our in-house expertise and mining knowledge, we knew we could supply equipment to meet the demands of the mine's environmental and business challenges, while providing a solution that can compensate for two or three expansion joints and allow for easy mounting and inspecting."

The configuration of Trelleborg's barrel, which can successfully operate in temperatures between -46°C and +90°C - and has an expansion / compression range of 910mm - was successfully patented in Canada in 2012. The barrel also provides an installation hydraulic ram as a feature for simpler maintenance and rotation.