MINING giant BHP has installed and begun heavy lifting of its new electro-refinery crane which is critical to the future of the Olympic Dam copper mine development in South Australia. 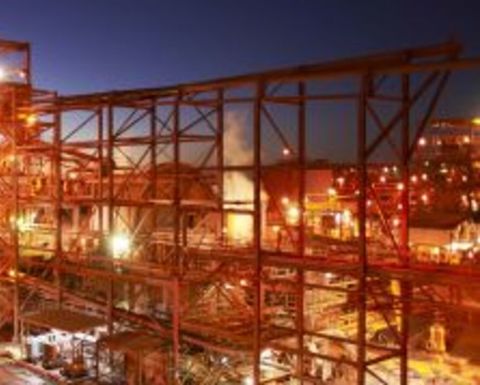 The crane has taken nearly five years to build.

This week, BHP announced it had begun operation of its multi-million-dollar crane, which has taken nearly five years to build.

It is a critical piece of infrastructure, with engineering first beginning in 2016, before construction two years later, that was part of the upgrade to the underground mine and production facility.

The crane has a capacity to lift 20 tonnes at a time, and uses automatic laser positioning, to move anodes at three metres per second into the refinery.

BHP Olympic Dam asset president Jennifer said bringing the crane online was proof of BHP's commitment to long-term production from the mine.

"The new refinery crane will improve operational stability and reliability in our refinery, allowing us to operate more safely and efficiently, and support increased production volumes over the long term," Purdie said.

"Copper cathode from Olympic Dam is sought-after for its quality and purity, and will be increasingly in demand as an essential product for global decarbonisation."

In its last quarterly, BHP noted that production from Olympic Dam had increased almost 25%, to 150,000 tonnes of copper over the nine months ending March 31.

The company expects to produce around 205,000 tonnes of copper from the mine for the 2021 financial year.

The giant crane's operation is expected to increase production over this final quarter.

It comes as BHP looks to conduct major maintenance and a shutdown of the mine's smelter in the next quarter.

The maintenance project will be a $500 million operation which will affect future copper production from August.

Just months ago, BHP announced it would not go ahead with a planned US$2.5 billion brownfield expansion of the copper mine.