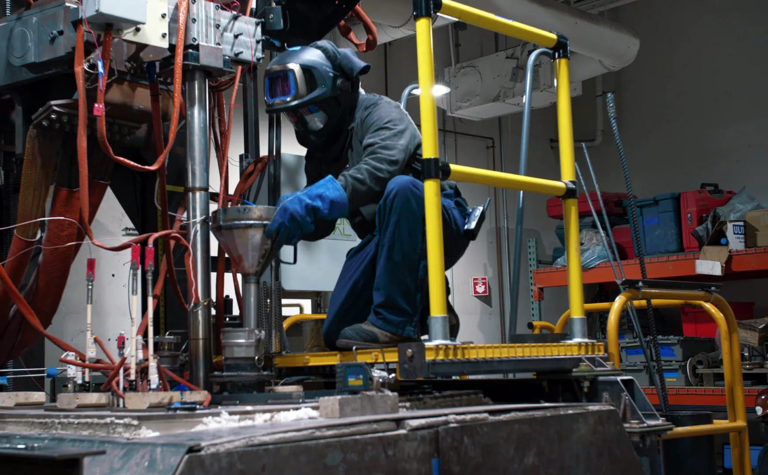 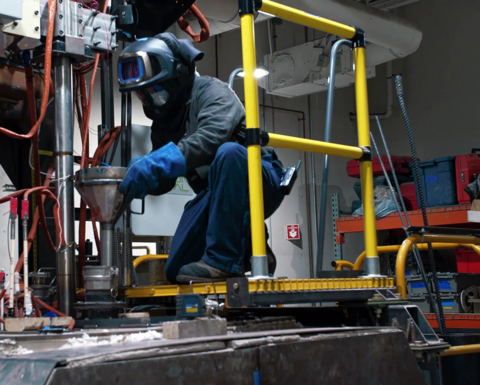 Iron ore producers and steel manufacturers are well aware that steelmaking is highly emission-intensive - the nearly 2 billion tonnes of steel produced every year generate some 8% of global CO2 emissions.

This explains the spate of green steel projects launched in recent years, with the Swedish miner LKAB and steelmaker SSAB partnering on the HYBRIT hydrogen-reduced sponge iron at a pilot scale, and India's Tata Steel developing the HIsarna solution to improve blast furnace efficiency.

But US cleantech startup Boston Metal, an MIT spinout located a half-hour north of its namesake city, says these "green steel" projects often face common challenges - access to both renewable energies and to premium iron ores - and that their solution could help with both.

The company says this enables the broadest possible supply of feedstock and protects against the price volatility of premium ores. The method also purportedly eliminates the need for coke production, iron ore processing, blast furnace reduction, and the basic oxygen furnace refinement.

One challenge that all the green steel technologies are going to face, whether using hydrogen or electricity like us, ultimately is access to clean, green electricity.

Achieving this access is something that must be decided upon now, given how the market is going to evolve over the years and decades ahead.

Electricity availability and pricing, and the generation mix on the electricity grid, is going to have a big impact.

This can be seen with the SSAB project way up in northern Sweden, you got good iron ore, you've got clean electricity. So that's going to be an important factor.

We spend a lot of time talking with renewables developers to get insights on where to place projects.

The other elements, and more relevant to the mining side is just - and I know all the iron miners are looking at this - what is the generation mix or production mix in the future going to look like for converting iron ore to steel?

And how does that impact the requirements for different grades or pellets or sinter or fine or lump? How does that compare to the existing infrastructure in the ground?

One of our big advantages is that we can be very, very flexible on that. I can use a DR-grade iron ore pellet and that will work well in our process, but so will a 56% iron fine out of the Pilbara. And both of them work through a very similar fashion in our process, with just a little bit of extra energy is needed to melt up all that gangue that comes in the lower grade ores.

What is your view of the current state of green steel projects?

Well one aspect of ours is that we're a venture capital-backed company. That's an exciting part of the equation for us, because we don't have to prove demand - it is just popping up everywhere. And you're seeing it across the full supply chain.

You've got the steelmakers with their [environmental] pledges, you're seeing the automotive manufacturers on the demand side, pulling the steelmakers along to get green steel in their cars.

You've seen companies like Ikea wanting green steel and construction companies seeking it for buildings and bridges. So that side of the market is changing really fast in a very positive direction.

This is the demand, the supply is not there yet. Yes, you can recycle scrap, but that's not available in all markets. And so that's part of the huge push to get these new technologies to market.

DRI technology has the advantage that it's mature and works with natural gas. You can get a quick 20-25 % reduction in CO2 versus a blast furnace. But there's still work to be done on converting that to hydrogen and then just the availability of hydrogen is a big limitation.

Can you explain how Boston Metal's modular molten oxide electrolysis (MOE) platform gets around this?

In terms of what our process looks like, if you've seen an aluminium smelter at a commercial scale, you can think of one of our plants as very similar in terms of layout.

So it's a modular technology, using individual electrolysis cells. These individual cells are about the size of a school bus, and imagine just lining those up to get to a million-tonne per year production levels - several hundred cells could get to the million-ton level.

Inside a cell, it's a steel refractory lined vessel, with internal temperatures reaching 1500-1600 degrees Celsius. There are three major components - it's similar to a battery with a cathode, electrolyte and an anode.

That is why we don't really care if it's fines, pellets or sinters, because it's all going to be dissolved and melted.

So it's as long as you can get it into the electrolyte, just design your feeder system, and that's fine.

And that electrolyte is a mix of iron oxide and other oxides that are more stable. Silica, alumina, magnesium, calcium- kind of the contaminants that come in iron ore, and those other contaminants.

And this is the important part for using lower grade ores - as you convert the iron oxide to iron and oxygen, those other oxides stay in the electrolyte and become a slag. But they're separate from the metal.

So you'll accumulate those slag elements, those gangue elements in the electrolyte, and produce a pure, pure metal. And then what's driving all this is electricity.

So electricity, there's a cathode at the bottom, that's the liquid metal, and there's an electrical connection. There's an anode technology, which is key to that process that sits within the electrolyte. And as you pass electricity, through all of that, the resistance heats everything to 1600 C, and the least stable of the oxides gets reduced.

And that happens by design, so you get iron that begins to accumulate at the bottom of the cell, and oxygen evolves out as the exhaust. And then in terms of collecting metal, it's very similar to a blast furnace operation. Every day or two, you will drill it through a tap hole, remove molten metal, plug the tap hole and continue. So a cell will be in operation for multiple years before it gets realigned and refurbished.

What is the origin of this solution?

What started our company was research out of MIT. A team there [MIT materials researchers Donald Sadoway and Antoine Allanore] was working on a new anode technology. Historically, aluminium has used carbon as an anode. For large scale emissions for steel production, you don't want to use carbon any more, so there was the development of a metallic anode that can survive for an extended period of time in that operating environment and allow the process to work. So that was what was developed and proven at the lab scale at MIT. It was patented, and Boston Metal was formed to commercialize that - we have the exclusive license to that patent, and we've scaled up a sizeable amount since the MIT days.