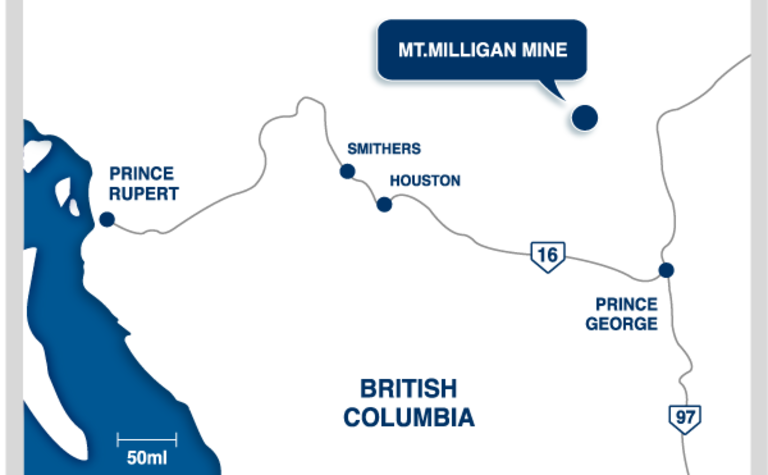 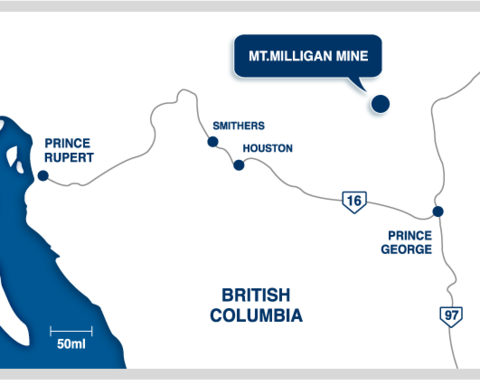 The amendment allows Centerra to access additional surface and groundwater sources; once received, it will be able to obtain water for milling operations at the mine from Philip Lake 1, Rainbow Creek and Meadows Creek for a three-year period ending November 30, 2021 and at rates protective of the environment.

Officials confirmed it will also be able to access groundwater for Mount Milligan for the life of the mine from sources within a six-kilometre radius of the property.

In light of the changes, Centerra has begun an upgrade of is water pumping infrastructure at both Philip Lake 1 and Rainbow Creek. It projects it will be ready to pump water before spring melt in April.

Additionally, the company said the additional water it expects it will capture during the spring melt will be enough to permit Mount Milligan to return mill processing operations to full capacity.

At prime production levels following the mill's ramp-up, it has set a daily goal of 55,000 tonnes through the balance of this year.

"We are delighted that Mount Milligan has received these crucial approvals for water access over a three-year period which will allow processing operations to return to full capacity and pave the way for Mount Milligan to realize its full potential," president and CEO Scott Perry said.

Mount Milligan, considered by Centerra to be one of its flagship assets, is located northwest of Prince George in central British Columbia. The conventional truck-shovel open-pit gold and copper mine has a 22-year estimated mine life.