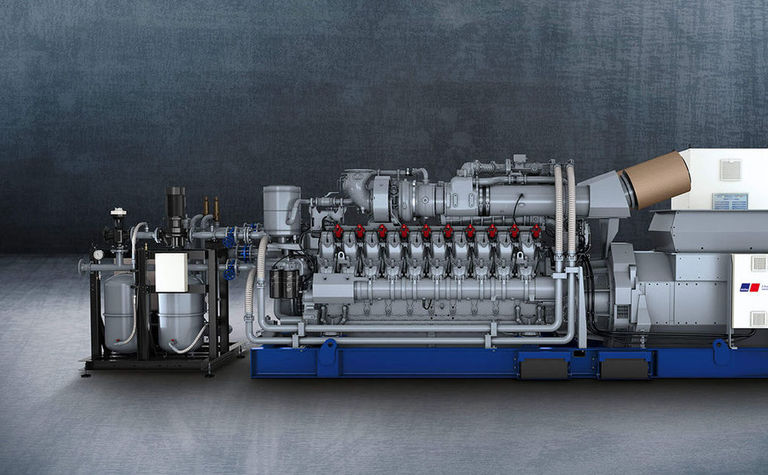 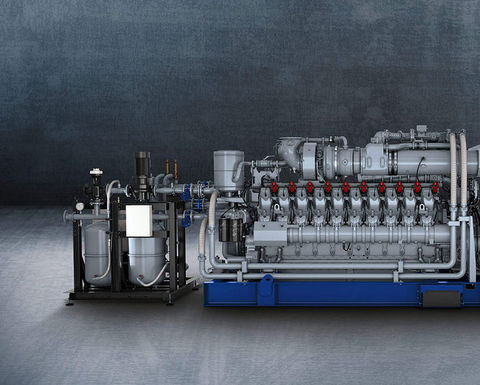 Portfolio focuses on using hydrogen as a fuel

Rolls-Royce is developing its MTU gas engine portfolio for power generation and cogeneration to run on hydrogen as a fuel, which the company said will help to enable a climate-neutral energy supply.

Perry Kuiper, president, sustainable power solutions at Rolls-Royce Power Systems, said: "After intensive tests on test benches and pilot installations at customers in 2022, Rolls-Royce will continuously market new MTU Series 500 and Series 4000 gas engines beginning in 2023 for use with up to 100% hydrogen, and on a design to order basis conversion kits to allow already installed gas engines in the field to run on 100% hydrogen."

Andreas Görtz, vice president, power generation at Rolls-Royce Power Systems, added: "The decarbonisation of power generation requires reliable, flexible, but also climate-neutral, power plants to supplement the fluctuating generation from wind and sun. We assume that natural gas will initially be the primary fuel in the development of the hydrogen ecosystem, but we see hydrogen as technically and economically possible. That is why we continue to develop our gas engines for use with green hydrogen - whether as a 10% or 25% admixture or for 100%."

In addition, Rolls-Royce believes that fuel cells powered by 100% green hydrogen can play an important role in future energy supply in combination with renewable energies. At its headquarters in Friedrichshafen, Germany, Rolls-Royce's Power Systems division has installed a 250kW fuel cell demonstrator that will be used to test and present future CO2-free energy systems to customers. The entire hydrogen ecosystem, including the infrastructure for supply, conversion, test benches and future production, is also being mapped in the company's own plants, thus building up expertise.

Rolls-Royce's Power Systems division has a climate protection programme called ‘Net Zero at Power Systems' and has set a target of reducing greenhouse gas emissions by 35% by 2030 compared to 2019 by using new technologies. The company stated that this near-term target will play an important role in its aim to achieve carbon neutrality by 2050 at the latest. Along with new technologies, the key element in hitting these targets is the certification of key MTU engine products to run on sustainable EN 15940 fuels such as e-diesel and second-generation biofuels by 2023.

Last month, Rolls-Royce announced that it had partnered with Flanders Electric to develop a retrofit solution for hybridising mining trucks with MTU engines, batteries and hybrid control systems, as well as Flanders drivetrain solutions.