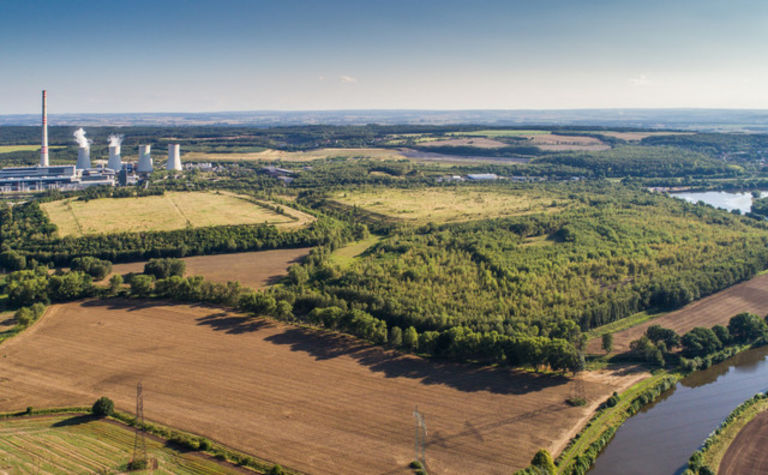 The proposed site for the manganese plant

Euro Manganese and EIT InnoEnergy have signed a Project Support Agreement and a Value-Added Services Agreement that commits the EU body to securing €362 million (US$439 million) in financing from European grant programmes and project finance banks.

EIT InnoEnergy will also provide initial funding of €250 million towards a detailed feasibility study and demonstration plant both targeted for completion by the end of 2021.

Diego Pavia, CEO of EIT InnoEnergy, said the project was significant to the continent's plans to develop a sustainable EV industry.

"Euro Manganese's proposed development is the only sizeable manganese resource in the European Union. It represents a unique opportunity for Europe to secure a measure of self-sufficiency in manganese, which is a critical battery raw material. The Chvaletice manganese project has the potential to provide up to 50% of projected 2025 European demand for high-purity manganese, and around 28% of anticipated 2030 requirements."

"The Chvaletice project is Europe's largest manganese resource and we plan to develop it using clean, commercially proven and state-of-the-art technology," said Romero.

"We are grateful to have enlisted the support of EIT InnoEnergy and look forward to working with them to bring our project to fruition. By recycling the Chvaletice tailings, our Czech subsidiary, Mangan Chvaletice, will be providing Europe with high-purity manganese products that meet or exceed the EU and Czech Republic's stringent environmental standards."

Euro Manganese said last November that all land for the project, which will re-process an anthropogenic manganese deposit hosted in historic mine tailings at the site, has now been secured.

The project will re-process an anthropogenic manganese deposit hosted in historic mine tailings.