Mammoet bringing it in for South Flank

BHP’s South Flank iron ore operation in Western Australia’s Pilbara region is still under construction, but it is getting closer to operational fruition with the transport of its initial heavy components to the site by Mammoet 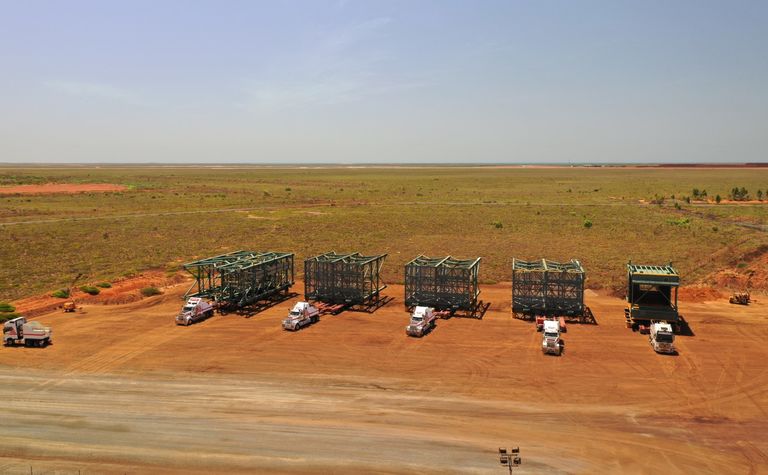 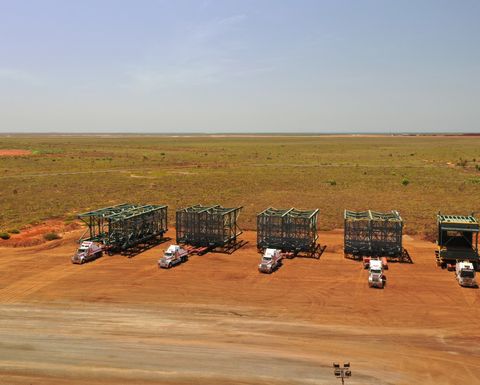 South Flank should begin operations in 2021

Mammoet officials said it will be bringing equipment from Port Hedland to the new mine site, a distance of 340km. The 1,900 items being transported to South Flank include prefabricated and modular processing plant units of varies sizes.

The firm has confirmed it will offer local support for the mine, as it has the equipment available in the Australian state at its operational branches in Port Hedland and Karratha.

Some of those machines include 96 axle lines of self-propelled modular transporters (SPMT), located in the port and the mine site, as well as 178 axle lines of conventional trailers with 14 prime movers.

The firm is now working on a plan to deliver everything from the port to the mine over 14 shipments, each arriving safely and on time.

South Flank, a US$3.6 billion project, will begin operations in 2021. It has been developed to replace production from BHP's aging Yandi mine, which is nearing the end of its life.

South Flank is projected to produce iron ore for at least 25 years.

Aqura will upgrade and extend technology and communications infrastructure