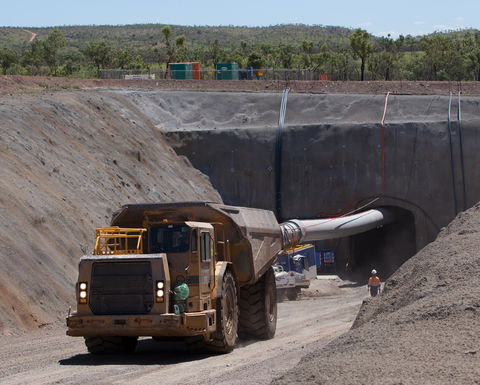 The main decline at Dugald River mine

The ramp-up of the plant at Dugald River is progressing on schedule and commercial production has been reached in line with guidance to the market, noted Mark Davis, Dugald River's executive general manager operations for Africa, Australia and Asia.

According to Davis, once Dugald River completes the ramp-up and is operating at design rates, it will be one of the top 10 zinc mines in the world.

Zinc production at Dugald River commended in the December quarter of 2017, with the first concentrate achieved on November 8, and the first shipment of approximately 10,500 wet metric tonnes of zinc concentrate produced as part of commissioning activities departed the Port of Townsville in Australia for Huangpu, China, on December 16.

Davis said: "Dugald River is a world-class operation that has been delivered under budget and ahead of schedule. Its successful achievement of the commercial production milestone inside five months of first concentrate delivers on our commitment to drive value for shareholders.

"We remain positive about the long-term fundamentals for zinc and Dugald River has come into production at a time of tightening global supply and strong prices."

The date of commencement of commercial production marks the time from which the site will be treated as an operation rather than a project for accounting purposes.

Dugald River will process an average 1.7 million tonnes per annum of ore to initially produce 170,000 tonnes of zinc in concentrate, plus by-products. The mine will operate over an estimated 25 years while the ore body remains open at depth.