Steppe Gold, which has confirmed no material impact to operations resulting from the COVID-19 pandemic, has started sales and deliveries as well as advancement of ore processing. 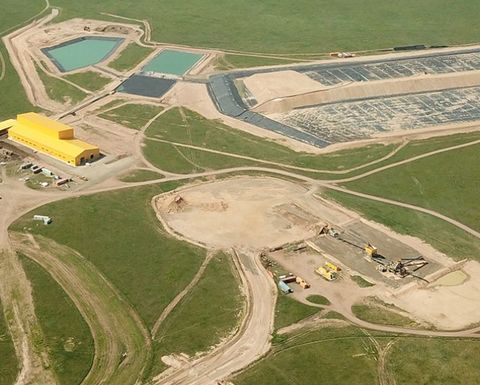 Steppe's ATO gold and silver mine in Mongolia

The miner, which kicked off its ore processing on March 25 from the Ulaanbaatar operation formally called Altan Tsagaan Ovoo, has started sales, with 5,233 ounces of gold and 1,372oz of silver delivered so far to the Central Bank of Mongolia.

Steppe also said its crews have mined, crushed and stacked about 640,000 tonnes of ore into Cell 1, where it is leaching, at a grade of 2.0g/t gold. Another 100,000t was delivered to the run-of-mine pad for crushing and stacking.

"Daily mining of ore continues from the ATO1 open cut and is currently being scaled up."

The miner, which reported that it does not anticipate COVID-19 will have any impact on its 2020 production goals, said ATO remains on pace to produce 60,000oz whole-year. It plans to utilise its cash flow from that progress to expand its open-pit and processing area to allow a ramping up to 150,000oz per year.

Steppe Gold is playing a vital role in growing our gold production and contributing to the foreign exchange reserves in Mongolia," the Central Bank of Mongolia said of its new deliveries from the miner.

The Altan Tsagaan Ovoo (ATO) project is located in the territory of Tsagaan Ovoo soum in Dornod province, eastern Mongolia.