Canadian junior miner Durango Resources, which is developing the Trove project at its Windfall Lake properties in Quebec, is examining the potential for an artificial intelligence (AI) programme at the planned gold mine 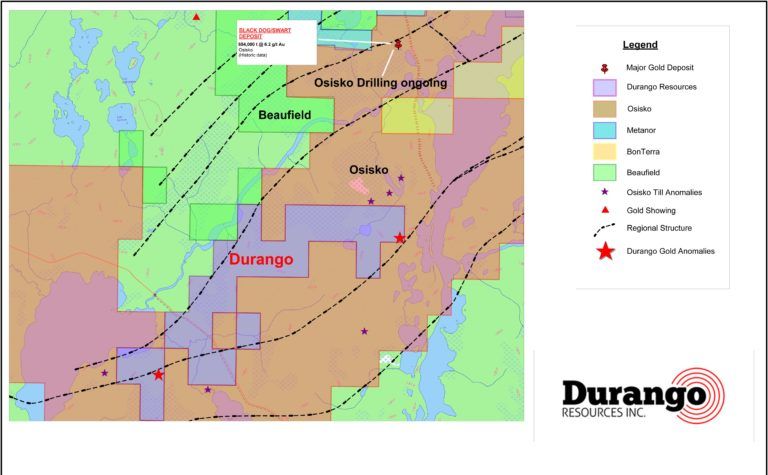 A map of Durango's footprint in Quebec

Durango, which owns 100% of the asset east of Lebel-sur-Quevillon in the Urban Barry greenstone belt, said it is hoping to use the AI as an additional alternative method, in combination with its recently conducted induced polarisation (IP) survey model at Trove.

That work was announced in late February, with results received in April from 24 drill targets - 15 classified as high priority.

"The AI programme builds a gold pattern signature for the area by compiling all relevant regional public data," the company explained.

"The established Trove Property IP drill targets would then be analysed with the gold pattern signature created by the AI programme for similarities and added precision."

The programme being evaluated, the company added, already has a proven track record of finding discoveries, making it a "compelling tool to consider", according to executives.

The Windfall Lake gold camp is located in the Abitibi region of Quebec.

Study hinged on digital extraction from a collection of compiled data

GoldSpot to use AI targeting with TRU