Mining will continue to play an important role in enabling a greener economy; however, a completely tailings-free future for the industry seems improbable. Joe Carr, director of mining innovation at Inmarsat, discusses the future state of metals demand and tailings management 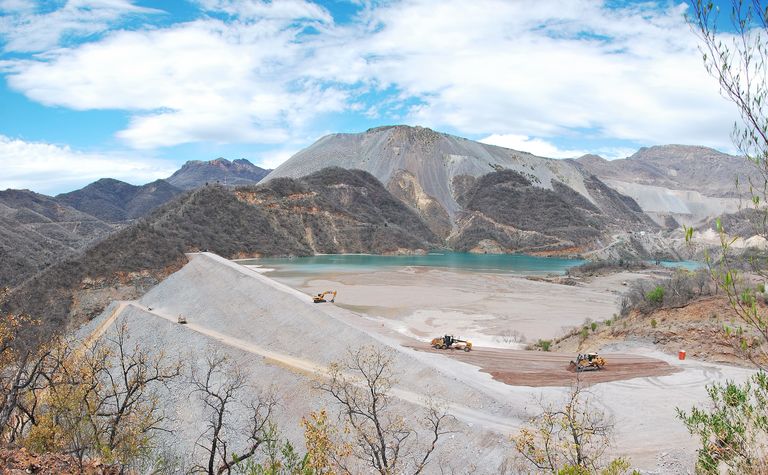 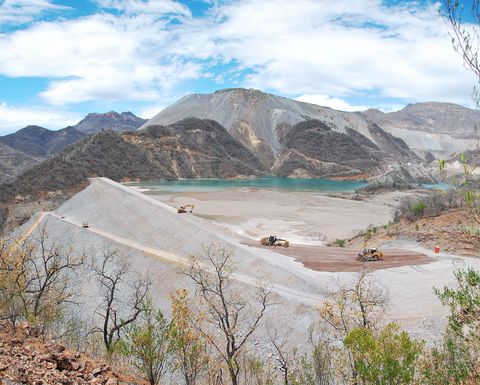 A UN Environment and GRID-Arendal report estimates that there are at least 3,500 tailings dams around the world

During the Tailings 2019 conference in Santiago, Chile, Teck senior advisor Michael Davies asked a working group whether they were aware that producing the 40 different elements for the construction of an average mobile phone generated around 7.5 tonnes of tailings.

Since then Carr has delivered a presentation on ‘solving the 100-year problem' of tailings management at both last year's IMARC in Melbourne, Australia, and the Tailings and Mine Waste 2019 conference in Vancouver, Canada.

In particular at IMARC, he was surprised by the number of protesters the event attracted.

"I've never seen so many protesters at IMARC," he says. "I saw a guy on TV, he was leading the protesters, who said: ‘Climate change is the single biggest crisis over the next 100 years that the planet's going to go through, and these people are building mines that nobody asked for.'

"The two things struck me as diametrically opposed, because you can't tackle climate change without the mining industry because of all the metals we need. It struck me as a really interesting viewpoint that never do you see the mining industry really talking about how important we are for bringing people out of poverty and for the future of climate change and our requirements.

"Actually, these people should be there saying we want to build more copper mines. Yes, we need to do it responsibly, but we need mining."

In Carr's view, as an industry mining prefers to keep quiet about what it does instead of emphasising its role in tackling the challenges that society faces.

The Minerals Education Coalition in the US publishes an annual ‘mineral baby' graphic, which shows examples of the 3.19 million pounds (2019 figure) of minerals, metals and fuels that an average American would need in their lifetime. For last year, this included 980lb (445kg) of copper, 20,127lb of iron ore, 466lb of zinc, and the list goes on. The calculations are based on an average life expectancy of 78.6 years, plus data from the National Mining Association, the US Geological Survey and the US Energy Information Administration.

"This lays bare the metals demand of the average person, and the idea that these demands would go down is probably a bit of a fallacy. If anything, to meet our green requirements and all of the things we want as people - phones, air conditioning, cars, washing machines - we need raw materials," Carr says. 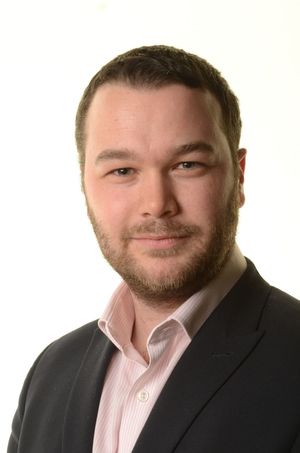 This demand will be further increased by global population growth and the fact that more people are being brought out of poverty in developing countries.

"By 2100, there will be an additional four billion people on this planet, and again they are going to want all the things we have. And that population growth is driven primarily through ageing, not through childbirth, as people are living longer.

"We're going to have a greater population, predominantly in Africa, and that's also going to change the way the world trades. The bulk of the world's trade will be done in the Indian Ocean in the future, not the Atlantic. That's going to change the focus on metals. Africa is going to go from being an exporter of metals to a consumer, which will be a big change for them.

"So, the world will change, middle classes rise, and people come out of poverty."

And metals demand will increase in tandem.

The trend of opting for battery-electric vehicles - something the mining industry itself takes part in - and targets for banning internal combustion engines mean that there will still be a huge need for copper, among other metals, in the future.

According to a 2018 presentation from Vale on the ‘Electric Vehicle Revolution and Implications for New Energy Metals', by 2030, electric cars will consume somewhere between 10-16% of the world's copper supply, up from the current 4%.

"When that protester was talking about how nobody wants these mines being built; I thought that was very interesting, because where does he think the metals for the electric cars of the future and the green economy are going to come from?" Carr says.

The Vale presentation also showed how a battery-electric vehicle needs almost four times the amount of copper than a conventional car. An average 1.2MW wind turbine, on the other hand, would need 7,000lb copper, compared with the conventional car at only 49lb.

"Then the World Bank had an interesting statistic: it said if we want to meet just the 2°C [Paris Agreement] climate change targets, we need to build four times as many wind turbines and sustain that installation per decade. So, the raw materials for those have to come from somewhere," Carr notes.

"While the average solar cell doesn't use that much copper or raw material in it, when you multiply out by the number of solar cells there are, solar will actually be somewhere between 10-20% of total metal demand for renewable energy."

"This is our impact and the speed at which we're filling our tailings dams around the world, and the speed at which we're producing this material. Because when you think about mining, really we are producing tailings; that's our primary job and the metal is a by-product. For every one tonne of gold ore that's mined only one gramme of that is gold, the rest is tailings, and almost the same with copper; it's 0.6% average grade, so for every 1,000 kilos only six of those are copper, if you can recover it all, which you can't."

While over the last century the rate of serious incidents at mines has fallen dramatically (see, for example, CDC NIOSH's data for US mines), the amount of serious tailings failures the industry has witnessed is increasing.

A UN Environment and GRID-Arendal report estimates that there are at least 3,500 tailings dams around the world; however, no comprehensive inventory exists to date.

Earlier this year GRID-Arendal launched the Global Tailings Portal, which currently holds detailed information on more than 1,800 tailings dams. This was done in collaboration with the Investor Mining and Tailings Safety Initiative, led by the Church of England Pensions Board and the Swedish National Pension Funds' Council on Ethics, with support from the UN Environment Program.

"Mining is an incredibly safe profession really, all things considered, and we've done an amazing job in making it so, and I don't think it's something we talk enough about," Carr says.

"But then we see how that compares to tailings - and we've produced more tailings in the last 20 years than we have in the last 100 - the amount of tailings failures we're having, serious and very serious, is increasing, and that is at a total juxtaposition to our safety record as an industry.

"We run the risk of being remembered for things like tailings failures, rather than on the wider record we have as an industry for being very safe. If people believe we're an unsafe industry that doesn't benefit the planet, then we run the risk of losing our corporate social licence to operate.

"We seriously run the risk as an industry of not being able to do that because we have failed in our role of preventing tailings failures."

This realisation is also behind why Inmarsat went on a journey around monitoring of tailings dams.

Inmarsat fully supports technologies that can help reduce the rate of tailings production in mining, including solutions such as dry-stacked/filtered, paste and thickened tailings.

To reduce the use of tailings dams, Vale, for example, is planning to invest around US$390 million to use dry tailings stacking technology in Minas Gerais, Brazil, by 2023.

"But we will certainly reduce the amount we produce."

In its tailings governance framework, the International Council on Mining and Metals (ICMM) has emphasised better monitoring and management of tailings storage facilities for the prevention of future catastrophic failures.

"As a company, as an industry, we're working towards that goal, because we have to fix the problem in the near term and show that we're doing something to make sure that that we get the narrative correct," Carr stresses. There have been 13 very serious failures between 2007 and 2019, releasing 200 million cubic metres of mine waste material

The requirements around tailings management to meet regulatory compliance continue to become stricter. In Chile, for example, regulations prohibit the construction of upstream tailings dams, while also requiring strict monitoring and stability analysis of tailings dam walls. The country is also promoting the implementation of new technologies such as real-time monitoring.

Even when mining companies are collecting data on their tailings facilities, their practices might be very sporadic, inconsistent and partly manual.

"One company told me that in the winter they put someone in a helicopter and fly them up to an old closed mine in the States with a USB stick to collect data from a data logger, which is just incredible in this day and age," Carr says.

Inmarsat, with expertise in communications solutions, began working in the field of tailings dam monitoring when it was approached by Knight Piésold UK regional manager Richard Elmer. The consultancy had a mining client that wanted all its tailings data from across 30 sites centrally aggregated.

At the beginning of last year, the companies announced a joint offering that would be able to deliver highly accurate tailings dam monitoring, analysis and real-time management capabilities for the mining industry.

Inmarsat's solution works by connecting existing instrument sensors via edge connectivity such as LoRaWAN (Long Range Wide Area Network) to a base station on site; the data is then transferred across its L-band satellite network to a single cloud dashboard, which users with the right clearance can access.

"We provide it as a managed service in our IoT [Internet of Things] area. And mining companies want that, because they want to be able to get on with the business of mining and not worry about managing technology," Carr explains.

As tailings storage facilities have moved from the periphery to the centre of the industry's focus, it has become clear that without safe management practices, companies are risking their social licence to operate.

"We're producing tailings every second, and as an industry …, we have a ticking clock above our heads over the next couple of years, which is going to define how the public and how others look at us. So, we need to work on that today, and that's what we'll be judged on in the future," Carr says.