CBC News has reported that mine workers became trapped underground at Potash Corp’s Rocanville mine in Saskatchewan, Canada, on September 5, following a small earthquake 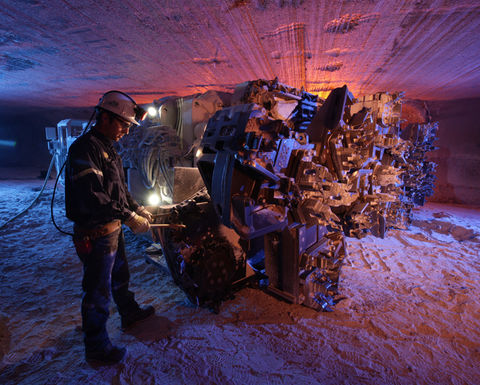 A borer miner at Rocanville mine

Earthquakes Canada said that the magnitude 3.8 quake occurred around 4:40 a.m. CST, and was centred about 32km east-southeast of Yorkton.

The mine switched to backup power following an outage, although this was insufficient to run the mine hoists. Approximately 40 people made their way to the underground refuges to await rescue, with the last person brought back to the surface at 11.30am CST.

According to CBC, the mine was just beginning its annual maintenance shutdown meaning that crews have not returned underground yet. No damage was incurred by the mine or its infrastructure.