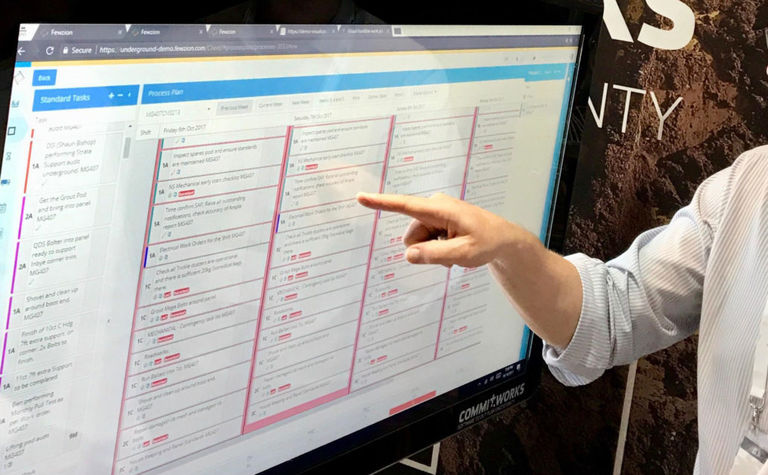 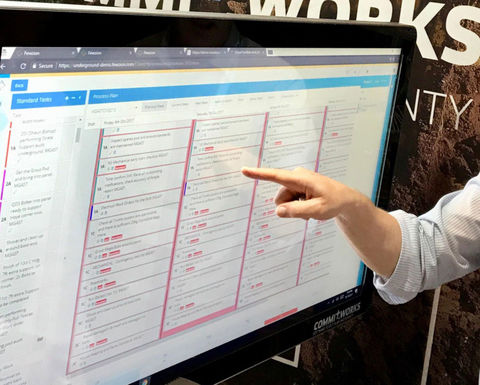 PRESS RELEASE: The investment will accelerate the company's international growth.

Founded by Alex Retzlaff and Paul Moynagh, Commit Works enables planned and coordinated work in challenging work environments such as underground mining and construction. Since adopting the Commit Works software, Rio Tinto, Anglo American and Glencore have increased productivity, in some cases by over 30%, and lost-time injuries are lower than industry average.

Commit Works is currently installing Fewzion, the flagship solution, at major BHP and South32 underground mines, bringing the latest technology to these operations.

Fewzion enables planners to quickly build integrated shift plans, which are provided electronically to mining and support crews, coordinating the complex work being performed throughout each shift. Crews and management have visibility of planned work and are accountable for achieving the plan through real-time progress measurement. Fewzion is a solution that's improving the daily work in mining operations, delivering results at the coal-face.

Customers have embraced the technology, which is delivering improved efficiency, job satisfaction and safety. Andy Greig, the former managing director of Bechtel's Australian operations, was an early investor in the company and estimates that 90% of injuries occur when people work off-plan.

Paul Moynagh, CEO of Commit Works, said that the Jolimont investment would accelerate the company's growth in Australia, the Americas, Europe and Africa. He added: "We are thrilled to receive this significant backing from Jolimont. Our products reliably deliver rapid and significant improvements to operations - we look forward to sharing our software and these kinds of results globally."

Lyle Bruce, partner at Jolimont, commented that Jolimont invests in high growth mining technology companies. He explained: "A focus for us is innovative technology and a customer-oriented team. Australia leads the world in mining innovation and Commit Works is another example of an emerging Australian company bringing world's best technology to global mining operations. Jolimont is proud to support the Commit Works team."

Michael Sterry, investment manager at Jolimont, stated that precise shift planning was a gap in the market that Commit Works addresses.  He noted: "The people that make a difference to productivity and safety are closest to operations and production. They want to know how they are performing shift-by-shift. You can't get closer than real-time performance tracking at the coal-face."