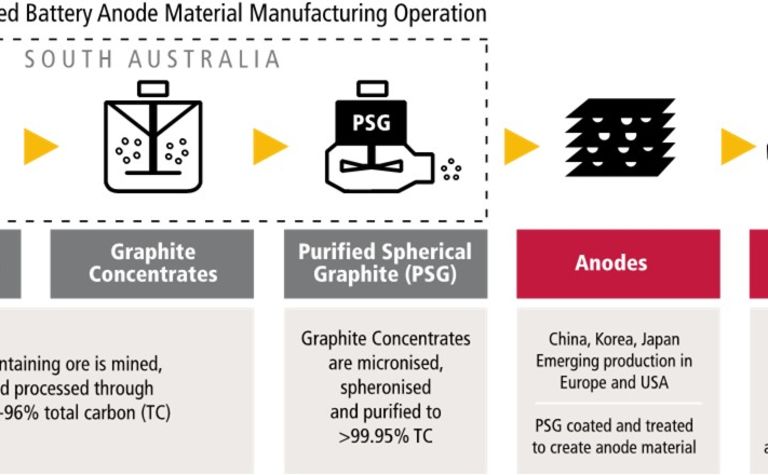 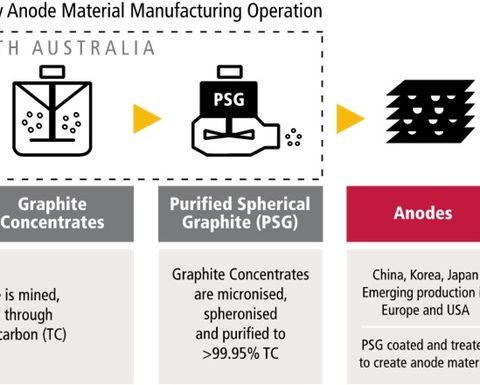 The memorandum of understanding (MoU) includes the purchase of up to 10,000 tonnes annually over a 10-year term. Renascor said that makes up a third of the production capacity from its Siviour battery anode material operation in South Australia.

Zeto, which Renascor said is considered a top 10 anode producer worldwide and is a major supplier of natural flake graphite anodes, has a current capacity of 30,000t/y with another 20,000t/y expected to come online by 2022.

Zeto and Renascor will pwerform additional product validation tests on the product before a binding deal is completed.

Renascor now has supply deals for two-thirds of its PSG production; it already inked a similar deal with Minguang New Material.

"China continues to dominate anode production globally, with production capacity of more than 600,000 tonnes per year, and this makes China the largest PSG consumer in the world," MD David Christensen said. Its production represents 85% of worldwide capacity.

"The demand for EV batteries continues to underpin growing demand for PSG."

Renascor is now discussing additional potential PSG offtake agreements as well as PSG validation with other anode and battery companies.

Renascor Resources' Siviour project in South Australia has the world's second-largest reported proven reserve of graphite and the largest graphite reserve outside of Africa.