JSW to take delivery of customised bolter miner from SIGMA 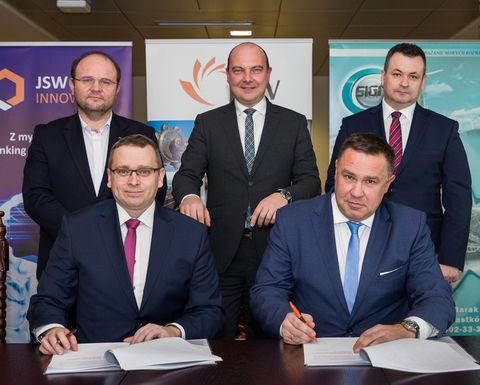 JSW officials said the machine from Komatsu Mining (Joy Global) was purchased in the second half of last year. No financial details were disclosed, though the firm said the companies worked together for many months to devise the needed supplement for its longwall face outfit under its independent roof bolt support project.

The bolter miner is expected to be delivered to JSW's Budryk mine in Ornotowice in June.

"This system is less expensive and will make it possible to excavate roadways more quickly," JSW said. "These systems are used in the most modern deep shaft mines in the US and Australia, among other places. JSW will be the first miner in the Polish mining industry to employ a roof bolt reinforcement system."

JSW management board president Daniel Ozon called the fleet addition a "breakthrough" for the country's mining industry and said it will enhance work productivity while ensuring crew safety.

"The project team has met this challenge by designing and customising a set of modern equipment to meet continuous operating and safety requirements outfitted with machinery to do cutting on mine faces and in other areas," he said.

Project leader Jacek Srokowski, who serves as vice president of JSW Innowacje's management board, added that it had a couple of major challenges to overcome in the design work.

"[We needed] to fit longwall face cutting equipment within the physical dimensions of the bolter miner and to design coal haulage to ensure that large quantities of winnings can be handled instantaneously and for this operation to be conducted jointly with the bolter miner without any downtime," Srokowski said. "This goal stemmed from the necessity of exploiting the bolter miner's work time as effectively as possible."

The result: the overall configuration of the equipment for cutting on longwall faces and in other areas coincides with the time for delivering the bolter miner.

"SIGMA has always been an innovative company, and we eagerly get involved in such innovative tasks. It was a prestigious endeavor to cooperate with Jastrzębska Spółka Węglowa and participate in this project," said Paweł Hajduk, president of the management board of SIGMA SA.

"For many years companies have spoken about independent roof bolt reinforcement systems, but JSW is the only one to have made the decision to introduce them."

Machine is first of its kind on Polish mining scene