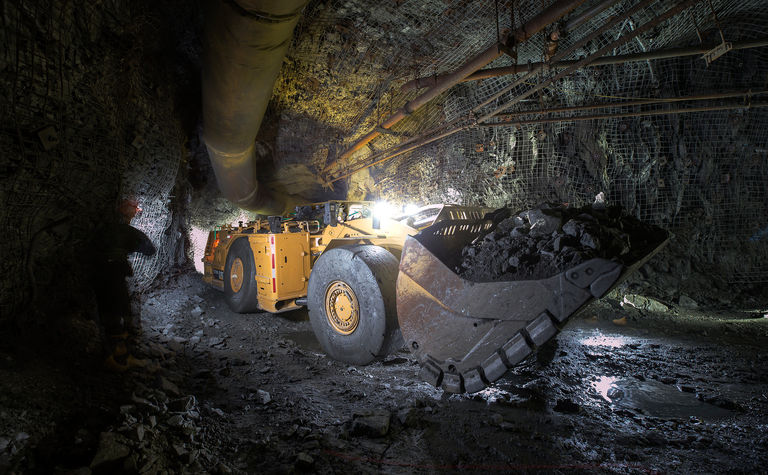 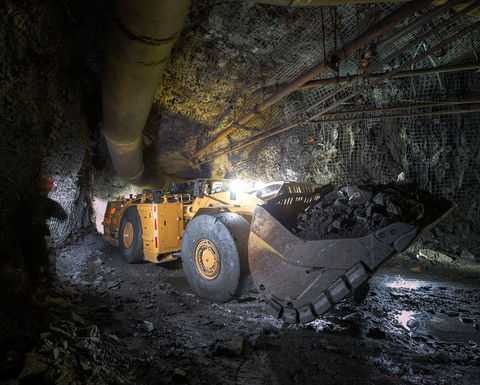 The OEM believes battery-powered LHD machines have the potential to significantly impact the economics of underground mining and the viability of opening new mines.

From reduced ventilation infrastructure to an overall lowering of operating costs, the potential benefits of underground battery equipment are already well known.

However, for a battery electric-driven LHD to realise these types of benefits, it must balance high production capability with extended run times between battery charges, Caterpillar said.

This is also the reason behind its choice of creating a battery version of the R1700.

The Cat R1700 was introduced in 2018 as a ground up redesign, with an efficient new electro-hydraulic system, which can save fuel and provide a 65% increase in lift force.

According to the manufacturer, the system can help improve digging performance in the pile.

The new battery-electric R1700 XE will combine the diesel loader's features with a Caterpillar-developed lithium-ion battery and charging system.

"Our charging system eliminates both battery handling during recharging (with its potential safety hazards) and the necessity to maintain change-out battery inventories," it added.

In designing the R1700 XE, Caterpillar said it's relying on a wealth of experience in designing electrified machines and power generation components and solutions.

These include more than 350 patents spread across such products as the electric-drive D7E and D6 XE crawler dozers, 988K XE wheel loader, and 794 AC and 795F AC mining trucks.

Caterpillar had developed a proof-of-concept machine by converting a conventional mechanical Cat LHD into a battery-electric platform. Concurrent to this programme was the testing of the new MEC 500 charging system - both of which saw substantial trialling at Caterpillar's Peoria Proving Grounds, followed by weeks of operation and testing at a customer mine in Canada.

Compared with baseline numbers for a diesel-powered R1300, Caterpillar said, the battery-powered model exhibited more than a 10-fold decrease in total energy costs; nearly an 8-fold decrease in generated heat; significantly less noise at the operator's ear; instant torque from the electric motors; reduced dust levels attributed to not having a conventional diesel-related radiator fan; and reduced tyre wear.

Caterpillar has used the insight gained from its proof-of-concept testing to design the R1700 XE and the MEC 500 charging system.