Kirkland Lake Gold’s Mohammed Ali told attendees at the CIM convention how the company introduced BEVs to its Macassa mine in Canada. Ailbhe Goodbody reports 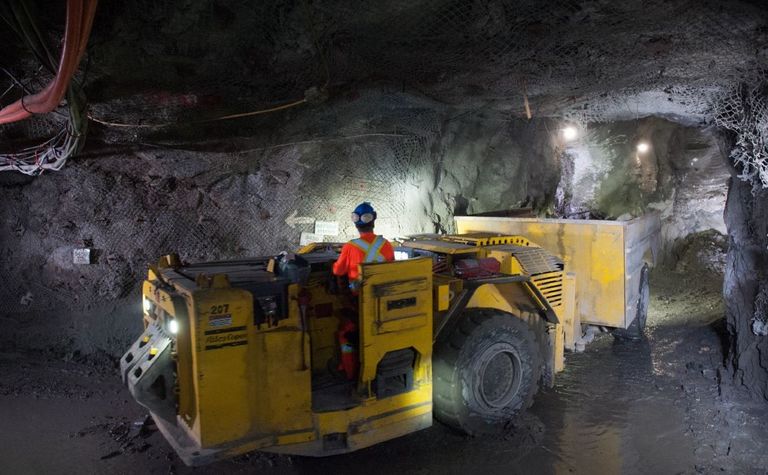 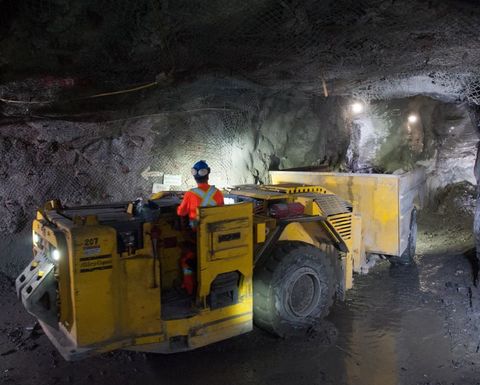 Currently, 80% of the underground production at the Macassa mine is by battery electric vehicles

Kirkland Lake Gold is a gold mining company with operations exclusively in Canada and Australia; it has three operating mines in Ontario, one in the state of Victoria and one in Australia's Northern Territory.

Its flagship Macassa gold mine is located in the town of Kirkland Lake, Ontario, approximately 580km north of Toronto. The mine, which began operation in 2002, is a high-grade gold producer, with grade improving at depth.

According to the company, Macassa was the first mine in the world to use lithium-ion battery operated trucks and loaders; the underground battery fleet of nine trucks and 24 loaders was ordered for the mine in 2011 and went into operation in 2012. Currently, 80% of the underground production at the mine is by battery electric vehicles (the other 20% is by biodiesel).

Mohammed Ali, director of environment at Kirkland Lake Gold, expanded on the value of Macassa's low-profile battery electric vehicles in a presentation at CIM 2019, which took place in May in Montreal, Canada. The advantages of battery electric trucks over traditional diesel-powered trucks include reduced dust, improved air quality, reduced heat and improved ergonomics.

For example, battery electric trucks have no exhaust to blow particulates and fugitive dust into the air, and general air quality is improved as the machines have no emissions. Ali said: "There are no dust emissions from [the trucks] because there are no tailpipe emissions or dust. With no dust, we have the benefit of keeping our air clean underground."

There is also less heat generation during mucking cycles, with a temperature increase in the mine of under 2°C versus 8°C from diesel-powered trucks. "Heat loss is associated with conventional trucks, but there's just none of that from a battery electric [truck]," explained Ali. "The battery does have some warmth but nothing like an internal combustion engine."

Another aspect that Ali thinks is often overlooked is the ergonomics - less heat, vibration and noise mean that operators are less tired at the end of a shift. Ali explained: "The operator doesn't have some of the same fatigue that you'd get from a typical truck." 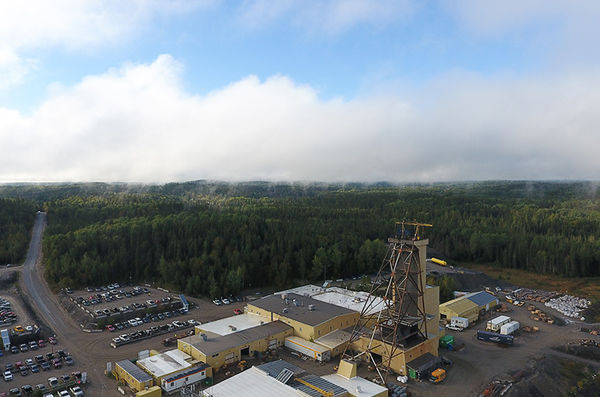 While battery electric vehicles offer significant benefits to an operation, the benefits are not without corresponding costs and challenges. "As an operator of these trucks since 2012, we feel we are ahead of the curve on what some of the challenges are and what to expect," said Ali. "[That's] what we wanted to share, so that as an industry we can all benefit."

For example, the capital cost of battery electric vehicles is higher than for traditional diesel-powered trucks. There is also a more limited product range; machines are available in limited size classes from a limited number of manufacturers. Ali noted: "We're dependent on what the suppliers are producing at the moment, so the sizes that we get are the sizes we get."

Operating cost is another factor to consider, although this varies case by case. "Every presentation I go to I get asked this question - is it cheaper to operate?" he said. "I still don't know the answer, because there are a lot of factors. It may be cheaper for us but may not be cheaper for you, and maybe for someone else it could be a break-even."

Some of the ways that mines running battery electric vehicles can have lower operating costs include fuel, brakes, transmission, ventilation and the quality of the work environment. "We use less fuel, so that means less fuel storage and lower potential for spillage because we have less fuel on site," explained Ali.

"We don't have to change brakes and transmissions and the traditional maintenance of a typical truck. Ventilation costs go down, and the quality of the work environment is just much better underground in a battery electric mine."

However, the operating costs can be higher in other areas, such as battery replacement, specialty parts and tyres.

"Battery replacement is much more expensive," said Ali. "There are specialty parts - some of the joysticks and things like that can't be found off the shelf so you have to have a critical spare list, and they're more expensive than general parts."

The tyres can be more expensive due to higher torque. "On our scoops, we tended to go through tyres more than a regular scoop [would]," noted Ali. "It was because they're high torque vehicles. There is some torque control and things that are being now implemented, but these are things you learn after you can tweak so hopefully that's not something that's going to continue."

Overall, there is not a definite answer as to whether operating costs of battery electric vehicles are higher or lower than diesel-powered vehicles. "For us it makes sense, but for others it may not," said Ali. "Because we're on the grid, we are blessed with grid power. If you had to create your own electricity from a diesel generator, I think the costs would change. The [vehicle] charging is much less than the electricity spent on ventilation, so the savings are there for sure."

Another challenge is limited technical knowledge. As the technology is relatively new, there is a limited support network, for example of vendors and technicians, and there is no network of service companies to provide expertise and labour to support varying business needs.

Kirkland Lake Gold has encountered some machine design challenges as well, for example machines having mechanical issues due to the designs being new. Battery technology is rapidly developing too; while improvements and developments drive new opportunities, it can also result in limited compatibility and interchangeability of spare parts. Ali stated that new units and designs have been replacing existing products, resulting in several varieties of similar parts, increasing the maintenance costs.

"Battery technology is improving significantly, and things are happening at a rapid pace," he said. "It's like your cellphone; by the time you own it, the next best thing is already out. There are sometimes compatibility issues, just like someone looking for an iPhone charger versus an Android charger. Some issues like that that do happen."

Training and after-sales support are another challenge Kirkland Lake Gold has encountered at Macassa. Ali commented: "I think there's a lot of training needed for operators; it's not like a truck driver can just become a battery electric driver [without training]."

Most of the battery electric equipment has been first generation; this means that things like manuals, training and part lists are often not available, making it difficult to develop maintenance programmes.

Despite the challenges of battery electric vehicles, Ali noted that progress has been rapid. "There's a wider range of options now," he said. "There's improved performance and increased packaging density. The cell battery technology is getting much better."

When Kirkland Lake Gold first looked into battery electric vehicles, there was just one size of scoop and truck on offer. Currently, scoops range from 4t to 10t and trucks are between 20t and 40t, and there is also a choice of bolters, jumbos and service vehicles.

The initial machines also had limited power, which limited tramming speeds to about 4km/h up ramp when loaded. The current trucks tram over 8km/h loaded uphill.

In terms of packaging density, the initial machines' battery packs were not well packaged, resulting in low power density and low energy density. With improved cell chemistry and improved module designs, the density has increased significantly in seven years.

The Macassa mine is currently using Artisan Z40 haul trucks, which are bottom-up battery designed haul trucks. According to Ali, they are a significant improvement over the mine's previous trucks in terms of the wheels and motors, the auxiliary systems on demand and the self-powered battery swap. 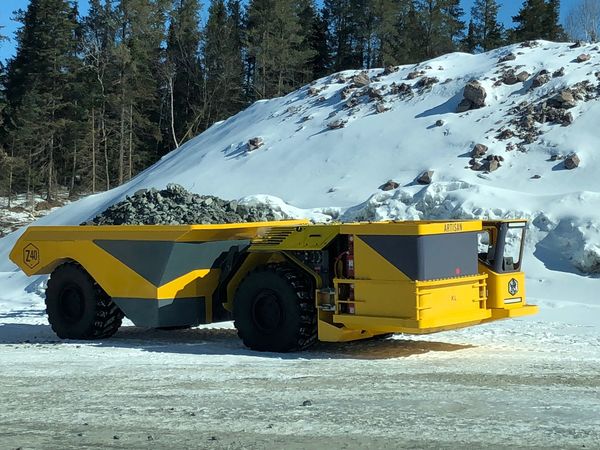 The Macassa mine is currently using Artisan Z40 haul trucks

Ali thinks that there are several near-term and long-term opportunities in battery electric vehicles in the mining industry. For example, in the near-term there is potential to use real-time operational data. Ali suggested: "We can have much better telemetry with the systems to improve operational performance, so we know what's happening with the battery or where the truck is going.

"But now what we're trying to focus on is improved utilisation. Because we have much more data on these trucks, we can better track what's going on - the uptime, the downtime - not that you can't do that with a diesel truck, but [battery electric trucks] have improved tele-op autonomous operation capability."

He added that Kirkland Lake Gold is already doing this with some of its scoops at Macassa, and its next goal is having them running more autonomously.

Ali sees increased power and reliability as long-term opportunities. Battery electric vehicles are currently limited by the thermal performance of their batteries, but active cooling could increase power density of the batteries and allow higher power. Maturing products have increased reliability considerably, and Ali expects this trend to continue.

Another long-term opportunity is reductions in operating costs - Ali expects that improvements in cell chemistry and temperature control will reduce cell costs, while improvements in hardware reliability will increase mean time between failures. Improved packaging should make a difference too; as machines are designed for battery power rather than modified diesels, the final products will be more reliable and more productive.

Meanwhile, improved support will make a big difference. The machines are technically complex and technicians have a steep learning curve to troubleshoot problems. However, improved familiarity, training and knowledge will reduce repair time and increase performance.

Ali suggested: "As more mines are involved in it, we'll have more of a knowledge base to share from, and more support, which is some of the challenge when you're an early adopter."

He also thinks that the outlook on battery electric vehicles in the mining industry is positive. More OEMs have started to develop and market battery vehicles for underground mining applications, and the increased competition will drive improvements. He said: "Having increased market competition does lead to some innovation, and we think it will help drive prices and get more market acceptance."

Mining equipment will benefit from on-road electric vehicles being developed as well, as this vehicle market is growing rapidly, and major OEMs are expanding their product offerings. Ali expects this to improve the cost, reliability and choice of sub-components such as motors, inverters, controllers and battery chemistry.

As mining OEMs gain experience in this area, they will also move to increase service options to provide a more complete service, including repairs and troubleshooting. Ali explained: "For us, we're in Kirkland Lake [in north-eastern Ontario] and getting some services there is quite tough. We're hoping there's more market adoption."

With increased product options and competition, all key machine performance measures - such as safety, power, energy, reliability and cost - should improve. This would make battery electric vehicles a strong competitor to diesel vehicles across a wider range of applications.

Currently, the benefits of battery electric vehicles outweigh costs at the Macassa mine. Ali said: "The benefit to Macassa via the elimination of emissions and reduction of heat outweighs the additional costs and challenges associated with the battery equipment."

Ali also thinks that the future favours battery equipment. "We expect that in the future the balance of value to cost will continue to tilt in favour of battery electric vehicles," he concluded. "People have a perception that the mining industry isn't innovative or that it is hard to adopt these technologies, and we'd like to challenge that."

Operations need to adapt to the new way of working, and fast