The new Torsus Praetorian heavy duty, off-road bus is designed to transport personnel and equipment over rough terrain and in the toughest conditions - making it the ideal transport solution for many heavy industries including mining 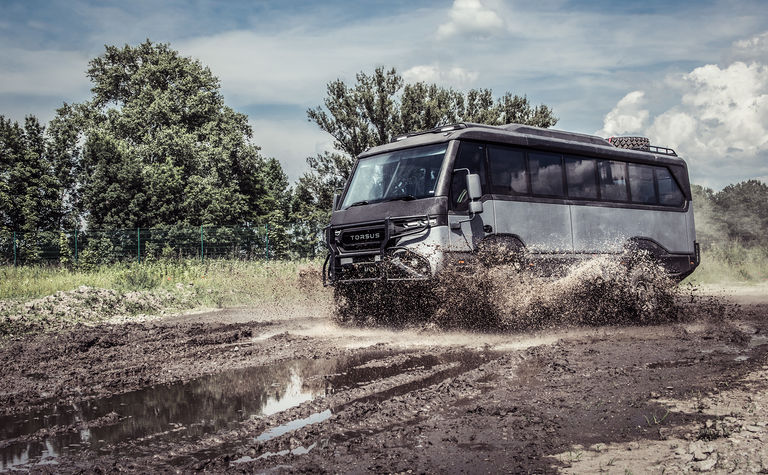 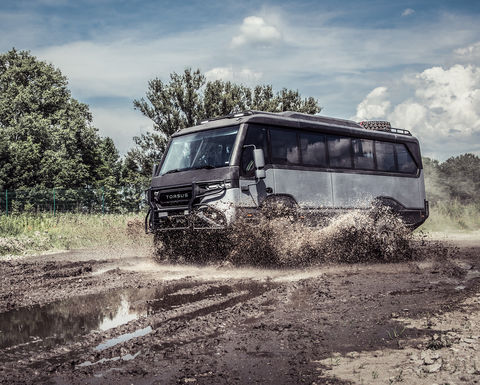 Officially launched at the Hillhead mining and construction expo in the UK in June, the company stated that the Torsus Praetorian has steadily gained attention from mining and quarrying sectors around the world because of its potential to deliver efficiencies in transportation and site operations.

Vakhtang Dzukashvili, CEO of Torsus, commented: "Until now, heavy industries have had to rely on fleets of SUVs and converted minibuses to transport their crews in and out of operational areas. These vehicles either aren't capable of transporting workers in large enough numbers or are unsuitable for the rigours of the environment in which they operate, with frequent breakdowns, short life-cycles and high costs of maintenance, parts and replacements."

With its heavy-duty construction, 398mm ground clearance under the axles and rugged off-road capability, the Praetorian features a payload of up to 35 passengers and four-wheel drive as standard. Based on a MAN chassis, it's powered by a six-cylinder MAN 6.9L diesel engine that produces 240bhp and 925NM of torque.

The Praetorian offers an adaptable and multi-functional off-road vehicle platform with a range of designs from transporter to ambulance, fire and rescue vehicle, cargo and utility models. With multiple configurations and customisation options available, the Praetorian is adaptable to meet almost any specific customer requirements.

Vakhtang continued: "We are excited to launch the Praetorian to markets around the world. With a choice of left- or right-hand drive and an engine range from Euro III to Euro VI, this allows the best options for our customers and full vehicle certification for any region."

The plant, which will enter production in 2025, will be located in Tennessee.