Potential to extract uranium from seawater 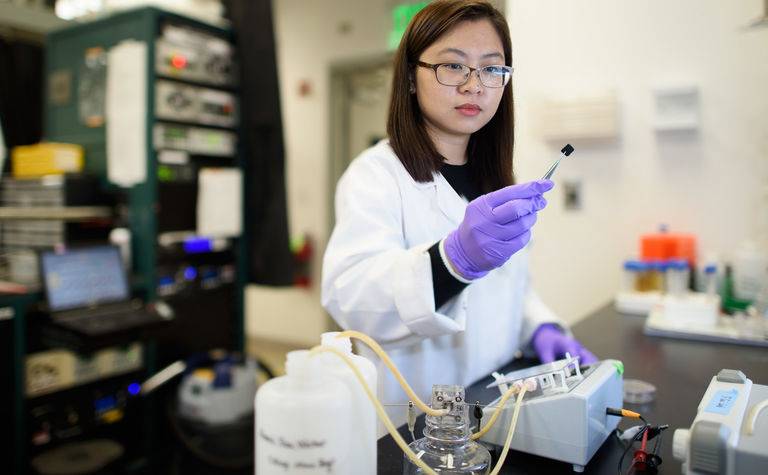 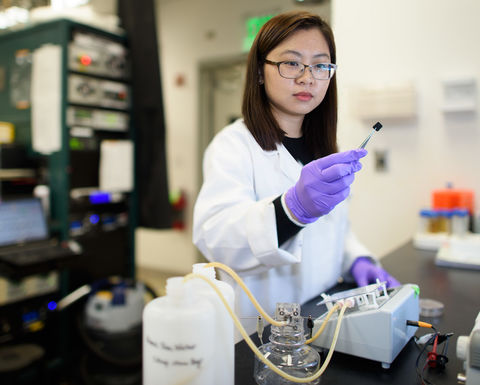 As the world shifts from fossil fuels, additional sources of energy-on-demand will be needed to make up for lulls in wind or solar energy.

Trace amounts of uranium exist in seawater, but efforts to extract that critical ingredient for nuclear power have produced insufficient quantities to make it a viable source for those countries that lack uranium mines. A practical method for extracting that uranium, which produces higher quantities in less time, could help make nuclear power a viable part of the quest for a carbon-free energy future.

Yi Cui, a materials scientist at Stanford University, US, and co-author of a paper in Nature Energy, said: “Concentrations are tiny, on the order of a single grain of salt dissolved in a litre of water. But the oceans are so vast that if we can extract these trace amounts cost effectively, the supply would be endless.”

Alternative forms of energy like wind or solar are critical for reducing the world’s carbon emissions. While wind and solar costs are plunging, some experts argue that nuclear power remains important because it can be turned on and off to match peaks and valleys in demand without carbon emissions.

Professor Steven Chu, a Nobel Prize-winning physicist at Stanford and co-author of the Nature Energy article, commented: “We need nuclear power as a bridge toward a post-fossil-fuel future. Seawater extraction gives countries that don’t have land-based uranium the security that comes from knowing they’ll have the raw material to meet their energy needs.”

Chu, a former US secretary of energy who encouraged seawater extraction research before he left the Department of Energy (DOE) to return to Stanford, observed that nuclear power currently generates 20% of US electricity and 13% worldwide. Even as researchers work to improve reactor safety and solve the waste disposal issues, he believes that a practical way to extract uranium from seawater is needed to reduce the energy insecurity of nations that depend on nuclear power but lack uranium within their own borders.

Scientists have long known that uranium dissolved in seawater combines chemically with oxygen to form uranyl ions with a positive charge. Extracting these uranyl ions involves dipping plastic fibres containing a compound called amidoxime into seawater. The uranyl ions essentially stick to the amidoxime. When the strands become saturated, the plastic is chemically treated to free the uranyl, which then has to be refined for use in reactors just like ore from a mine.

How practical this approach is depends on three main variables: how much uranyl sticks to the fibres; how quickly ions can be captured; and how many times the fibres can be reused.

In the recent work, the Stanford researchers improved on all three variables: capacity, rate and reuse. Their key advance was to create a conductive hybrid fibre incorporating carbon and amidoxime. By sending pulses of electricity down the fibre, they altered the properties of the hybrid fibre so that more uranyl ions could be collected.

Postdoctoral scholar Chong Liu oversaw the lab tests that compared Stanford’s amidoxime-carbon hybrid fibres with today’s amidoxime fibres. First she tested how much uranyl each type of fibre could hold before reaching saturation. In these tests she found that by the time the standard amidoxime fibre had become saturated, Stanford’s amidoxime-carbon hybrid fibres had already adsorbed nine times as much uranyl and were still not saturated. What’s more, the electrified fibre captured three times as much uranyl during an 11-hour test using seawater from Half Moon Bay, about an hour from Stanford, and had three times the useful lifespan of the standard amidoxime.

Cui said: “We have a lot of work to do still but these are big steps toward practicality.”

Chu emphasised that research on seawater extraction has to proceed in parallel with reactor safety and waste disposal challenges. “For much of this century, some fraction of our electricity will need to come from sources that we can turn on and off. I believe nuclear power should be part of that mix, and assuring access to uranium is part of the solution to carbon-free energy,” he said.

ROL could be copper-arsenic 'game changer'

Mining's seawater desalination use to grow 156% through 2030 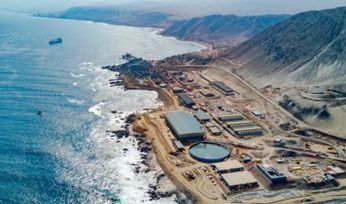 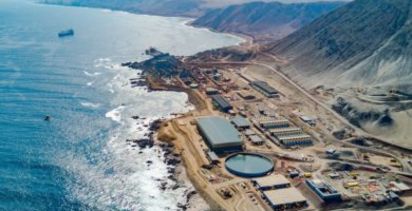 Mining on the moon? ArianeGroup examining the potential

"The only practical option for [north Chilean mines] … is seawater desalination"

Seawater use on the rise in Chile

ROL could be copper-arsenic 'game changer'