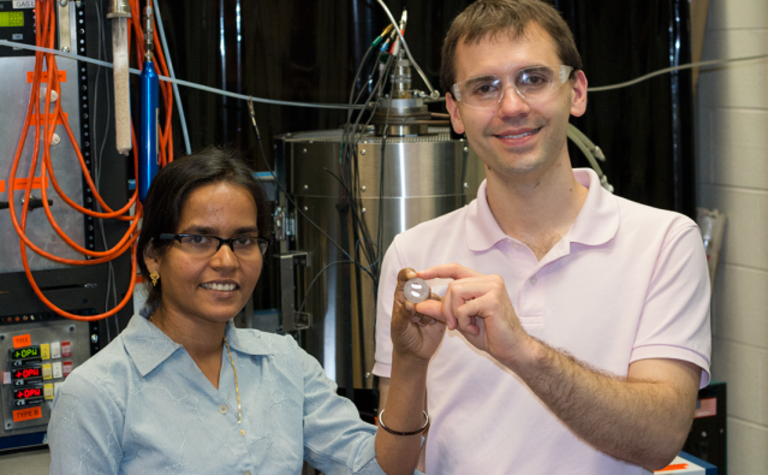 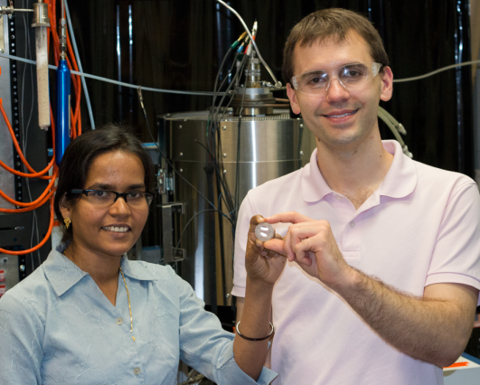 An electrolysis cell is a closed circuit, like a battery, but instead of producing electrical energy, it consumes electrical energy to break apart compounds into their elements, for example, splitting water into hydrogen and oxygen. Such electrolytic processes are the primary method of aluminium production and are used as the final step to remove impurities in copper production. Contrary to aluminium, however, there are no direct electrolytic decomposition processes for copper-containing sulphide minerals to produce liquid copper.

The MIT researchers found a promising method of forming liquid copper metal and sulphur gas in their cell from an electrolyte composed of barium sulphide, lanthanum sulphide and copper sulphide, which yields greater than 99.9% pure copper. This purity is equivalent to the best current copper production methods. Their results are published in an Electrochimica Acta paper with senior author Antoine Allanore, assistant professor of metallurgy.

Copper is in increasing demand for use in electric vehicles, solar energy, consumer electronics and other energy efficiency targets. Most current copper extraction processes burn sulphide minerals in air, which produces sulphur dioxide, a harmful air pollutant that has to be captured and reprocessed, but the new method produces elemental sulphur, which can be safely reused, for example, in fertilizers. The researchers also used electrolysis to produce rhenium and molybdenum, which are often found in copper sulphides at very small levels.

“Demonstrating that we can perform faradaic reactions in a liquid metal sulphide is novel and can open the door to study many different systems,” Chmielowiec said. “It works for more than just copper. We were able to make rhenium, and we were able to make molybdenum.” Rhenium and molybdenum are industrially important metals finding use in jet airplane engines, for example. The Allanore laboratory also used molten electrolysis to produce zinc, tin and silver, but lead, nickel and other metals are possible, he suggested.

Important strategic and commodity metals including, copper, zinc, lead, rhenium and molybdenum are typically found in sulphide ores and less commonly in oxide-based ores, as is the case for aluminium. “What’s typically done is you burn those in air to remove the sulphur, but by doing that you make SO2 [sulphur dioxide], and nobody is allowed to release that directly to air, so they have to capture it somehow. There are a lot of capital costs associated with capturing SO2 and converting it to sulphuric acid,” Chmielowiec explained.

The closest industrial process to the electrolytic copper extraction they hope to see is aluminium production by an electrolytic process known as Hall-Héroult process, which produces a pool of molten aluminium metal that can be continuously tapped. “The ideal is to run a continuous process,” Chmielowiec said. “So, in our case, you would maintain a constant level of liquid copper and then periodically tap that out of the electrolysis cell. A lot of engineering has gone into that for the aluminum industry, so we would hopefully piggyback off of that.”

“Using intelligent design of the process chemistry, these researchers have developed a very novel route for producing copper,” said Rohan Akolkar, the F. Alex Nason Associate Professor of Chemical and Biomolecular Engineering at Case Western Reserve University, who was not involved in this work. “The researchers have engineered a process that has many of the key ingredients — it’s a cleaner, scalable and simpler one-step process for producing copper from sulphide ore.”