BHP has celebrated two significant milestones at Olympic Dam - first ore from the high-grade underground expansion into the Southern Mining Area (SMA), and the first copper cathode produced from its heap leach research and development trials 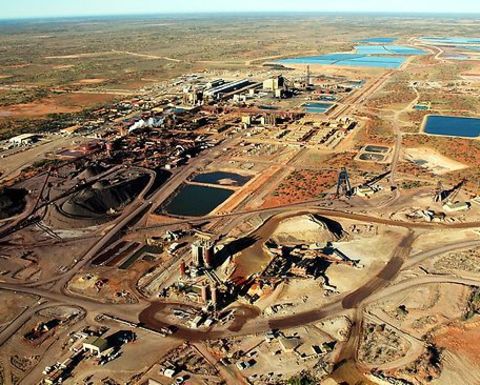 Jacqui McGill, asset president at Olympic Dam, said that BHP is taking steps towards unlocking its potential. She added: “The move into the SMA forms the foundation of Olympic Dam’s long-term expansion plans, and successful tests of the heap leach copper extraction technology have the potential to support an increase in production to over 450,000t/y of copper.

“We believe Olympic Dam can underpin jobs and economic development in South Australia for generations to come. An estimated A$250 million [US$199 million] had been invested in the SMA expansion by the end of the 2017 financial year. A dedicated team of approximately 180 people have accelerated the development of the Southern Mine Area over the past 15 months, and confirmation today of first ore is a testament to their hard work and commitment.”

McGill added that heap leaching technology could revolutionise production at BHP’s Olympic Dam mine. She explained: “Integrated heap leach ore processing is a low-cost processing option being assessed for Olympic Dam to extract copper, uranium, gold and silver from our unique poly-metallic orebody, and support our future growth plans in the state.”

A series of larger scale experiments and testing on the heap leach process are being undertaken over the next three years.

This comes on the back of BHP’s recent media announcements to invest approximately A$600 million this financial year to support underground development and upgrade surface processing facilities for long-term growth.

McGill concluded: “Seeing the first output from the heap leach trials and from the SMA supports moving toward unlocking Olympic Dam’s potential and building a foundation for long-term, sustainable growth in South Australia.”