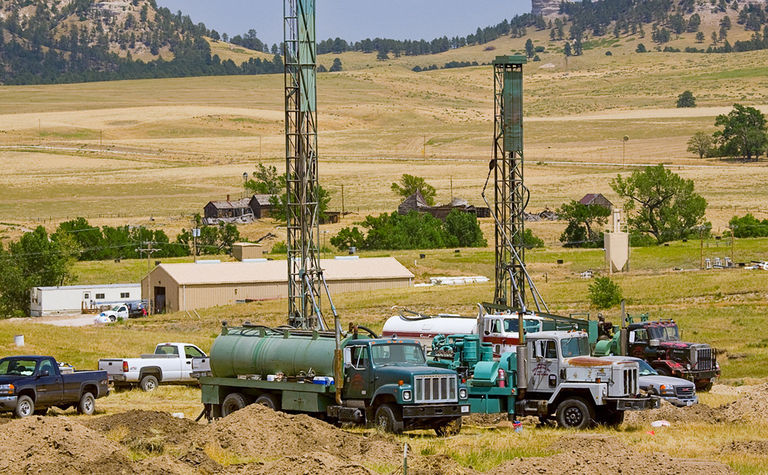 Engineering consultant Petrotek created a hydrogeologic model for the deposit at the firm's 90% owned Wheeler River uranium project in northern Saskatchewan, based on a field test programme completed in 2019 that validated the permeability at the site. 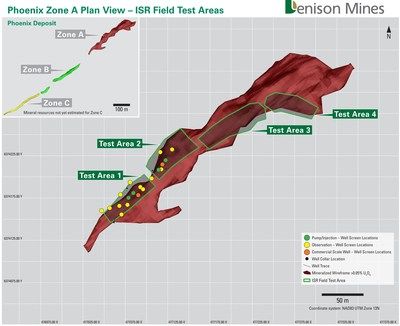 The comoay also measured the movement of water (hydraulic pressure changes) to provide evidence of the hydraulic conditions present. (Figure 2) 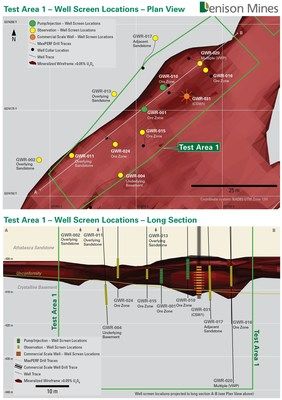 "The hydrogeologic model allowed for the simulation of an ISR wellfield including a total of 18 extraction wells and 33 injection wells," said David Bronkhorst, Denison's vice president operations.

"Based on these simulations, Petrotek concluded that the results demonstrated 'proof of concept' for the use of ISR mining at Phoenix.  This result represents a significant milestone in the ongoing de-risking of the use of the ISR mining method at Phoenix."

Bronkhorst said the positive result enabled further testing this year - in summer and autumn the company plans to collect additional hydrogeological data as part of an ISR field test programme.

However, it no longer plans to include the expansion of ISR field test work into Test Area 3 and Test Area 4 of Phoenix Zone- due to the results of field testing of the MaxPERF Drilling Tool- and will instead focus its testing efforts on Test Area 1 and Test Area 2.

As described by the company in its statement, ISR mining operation involves a solution being injected into the ore zone through a series of wells that dissolves the uranium as it travels through the ore zone, before the uranium-bearing solution is then pumped back to surface via a series of recovery wells.