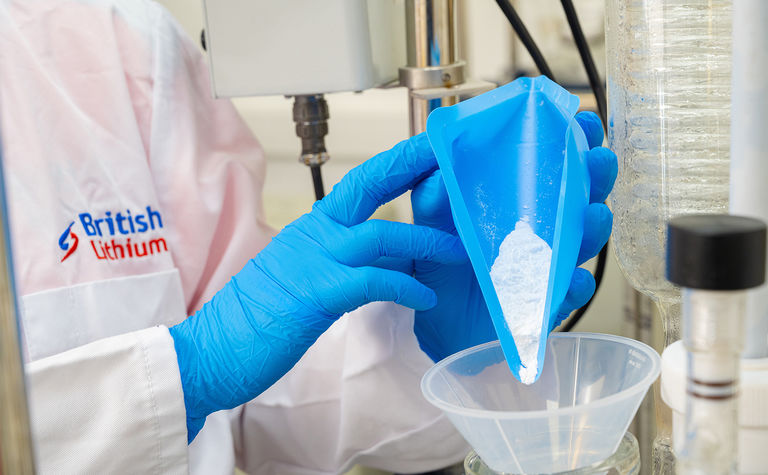 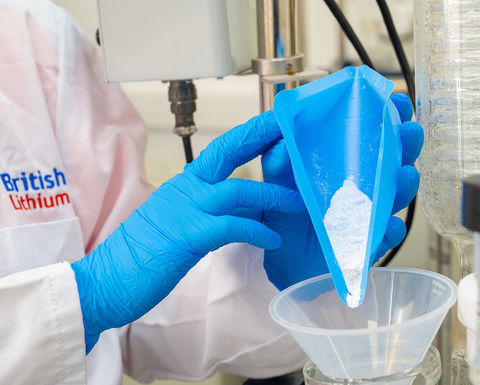 British Lithium has produced its first lithium at its pilot plant near Roche, Cornwall, while noting that it was also a "world-first" to produce the commodity from mica in granite.

The company said its achievement of producing lithium using a pilot-scale from the mica in granite was a milestone in its plant's progress towards full operational status.

The British Lithium In-house Laboratory was initially established in 2019 to process exploration samples. Building on this and an Innovate UK grant, at the end of 2020 and start of 2021 it was expanded for the company's lithium refinery plans.

"New processes are normally piloted during the definitive feasibility stage but, as lithium has never been produced commercially from mica before, de-risking our proprietary technology is an important step in developing our project," said chief executive Andrew Smith.

Smith said that "Doing it now allows us to operate in real-world conditions using actual site water and locally sourced commercial reagents. We're delighted with the rapid progress we've made, but there's still a long road ahead in terms of refining and optimising the process."

The company's website notes that the production of lithium from micas "requires a unique and highly efficient physical beneficiation process to produce a concentrate with high recovery followed by environmentally friendly alkaline leach and purification".

The company said its pilot plant approach incorporates all processing stages - from quarrying through to high purity lithium carbonate production.  This includes crushing, grinding and beneficiating the ore, custom-built electric calcination at low temperatures, acid-free leaching and multiple purification steps that include ion-exchange.

British Lithium said it plans to reach 5 kg/day of lithium carbonate production from early this year in its pilot plant to demonstrate its commercial value to customers.

"Our goal is to produce 21,000 tonnes of battery-grade lithium carbonate each year," said British Lithium chair Roderick Smith. "At the moment, we will be the only lithium producer in the world to be quarrying and refining on one site, which adds to the sustainability of the project.

The internal rate of return is 39.5%, with a payback period of 2 years and three months.