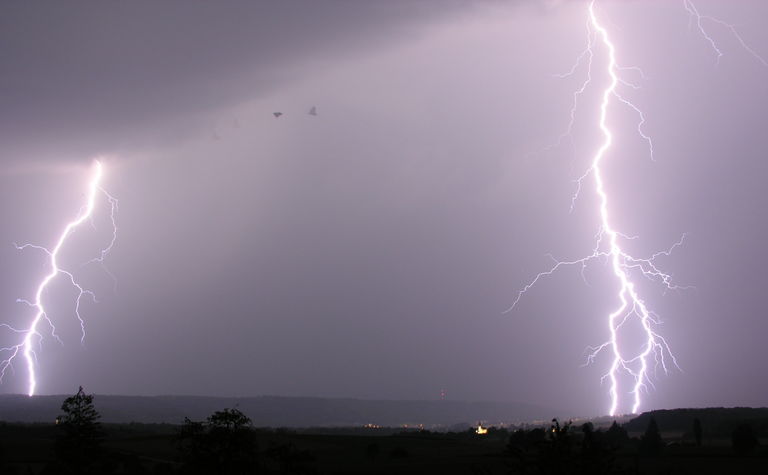 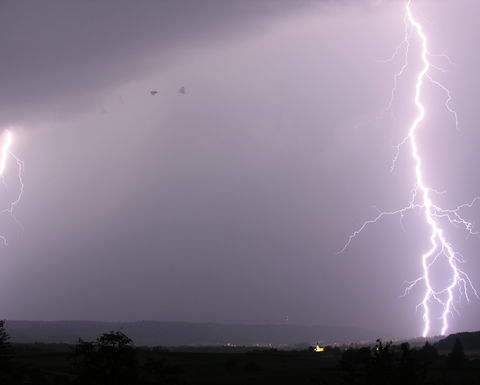 A lightning strike can potentially ignite a flammable atmosphere in an underground mine. Photo: Hansueli Krapf

This project, which was initiated following the fire at Xstrata’s Blakefield South coal mine in 2011, will use sophisticated and custom built computer models.

Simulating the distribution of lightning energy and the effect of various mitigation measures requires ‘high powered maths’ and very complex scientific models, work that only a few scientists in the world are capable of undertaking. The meticulous process is also very time-consuming.

This research project was managed by University of Queensland Minerals Industry Safety and Health Centre director David Cliff and the computer modelling work was undertaken by Marvin Morris from the US, a world leader in investigating lightning impacts in coal mines.

Morris carried out the detailed analysis for MSHA’s investigation into the Sago mine explosion in West Virginia, US, in 2006.

In stage one of the project, the geology of Australia’s major coal mining regions was characterised in terms of their potential for lightning propagation based on the conductivity of the overlying strata.

This information was used to develop physical models of mines that were the starting point for the computer modelling. The models developed by Morris were validated against experimental data.

The broad impacts of the lightning and the potential to mitigate the impact was found to be consistent between models.

Roof mesh was used as the test conductor as it is considered to be the most conductive for lightning propagation.

Morris examined the connection between the mine surface and roof mesh underground via two mechanisms: a borehole and indirect coupling.

Cliff said some mining personnel were sceptical that lightning energy could travel underground through rock and cause an ignition.

“The argument that we always get is how come we haven’t seen it anywhere else? I suppose it comes down to statistics,” he said.

“It’s hard for people to understand that we have relatively few underground coal mines. We have even fewer situations where flammable atmospheres are juxtaposed to a conduction medium, therefore, the ignition potential is quite low.

“But that doesn’t mean that there won’t be events in the future because we are moving into gassier mines. As other circumstances change, the likelihood of lightning being an ignition source might actually increase, especially if we’re not careful and vigilant in the removal of metal conduction paths.”

Industry monitor and Glencore engineering manager – underground operations Peter Henderson said although there had been a number of fires and explosions in underground coal mines that were suspected of being caused by lightning strikes, there was no real understanding of how lightning energy could penetrate so far underground.

“This research has helped us to understand the mechanisms that allow the transfer of lightning energy underground so we can now build our mines to be less susceptible,” he said.

Henderson said he was satisfied with the research outcomes.

“We now have a good understanding of the mechanisms that transfer lightning underground,” he said.

“Having said that, the maths and science is very complex but it can boil down to some simple actions for mines.

“For example, long runs of continuous roof mesh act as antennae that pick up electromagnetic energy from lightning strikes and, in the right conditions, could cause a spark to ignite methane. We need to stop having these long runs of roof mesh. All that is required is to put a simple gap in the mesh every 100m or so.

“Glencore has taken up all the recommendations from the research and, as such, we should not have another lightning initiated fire.”