PRESS RELEASE: In pursuit of the goal of zero harm in mining, and in compliance with recent safety regulations, Sudor Coal has implemented a proximity detection system (PDS) from Booyco Electronics at its Weltevreden operation in Mpumalanga, South Africa 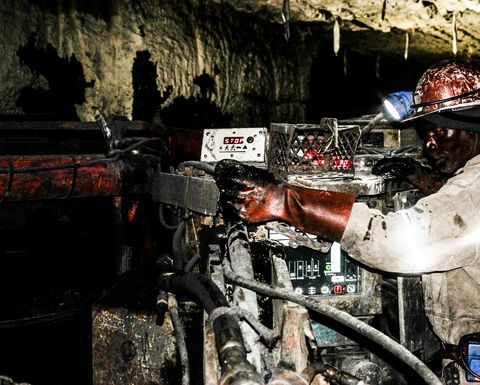 The Booyco PDS is simple to understand

The underground coal mine near Emalahleni has three sections extracting the Number 4 Seam at about 60m below surface. The Booyco PDS system includes buzzers and flash units on mine personnel, as well as transmitters on continuous miners, shuttle cars and roof-bolters.

The system prevents dangerous situations by alerting both the pedestrian and the machine operator to each other’s proximity; an audible and visual alarm is triggered followed by retardation of the moving equipment, which is then brought to a standstill if no action is taken.

Petrus Vilakazi, underground engineer at Weltevreden, said that the implementation of the system began in March 2016 and was rolled out across all three of the mine’s sections over a period of about a year.

Vilakazi said: “We initially presented our implementation plan for a collision-avoidance system (CAS) to the Principal Inspector at the Department of Mineral Resources, and this year we were able to report back to say the system was in place, in compliance with the new safety legislation.” 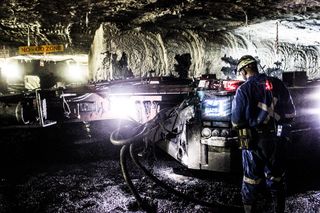 He said that commissioning of the PDS was done in two phases. Firstly, there was a cold commissioning phase in which the warning system was activated. This was followed by hot commissioning, in which an actual intervention – the retardation and the stopping of moving machinery – will be triggered if the warning signals are not heeded for any reason.

National figures indicate that transport-related incidents remain a leading cause of fatalities in South African mines, alongside incidents caused by fall-of-ground. PDS technology is a key part of the sector’s success in making mining safer; the number of deaths in the sector dropped by 5% in 2016 to a record low of 73, with injuries falling 15% in that year.

Vilakazi said a vital part of the system’s effectiveness is the buy-in of employees; it was therefore important to communicate the rationale for the PDS clearly with the underground employees to ensure that everyone understood why it was necessary and how it would improve safety.

“Anything new takes some time getting used to, but it was not long before the system was well accepted by all stakeholders and it now works smoothly with no impact on production levels,” he explained. “Employees also realised that the company had invested substantially in this system so that they could work more safely, and they have bought into the implementation process.”

Anton Lourens, managing director at Booyco Electronics, said that the company’s PDS has gained a reputation for helping mines to protect their most important asset: their people.

Booyco PDS installed at surface mine