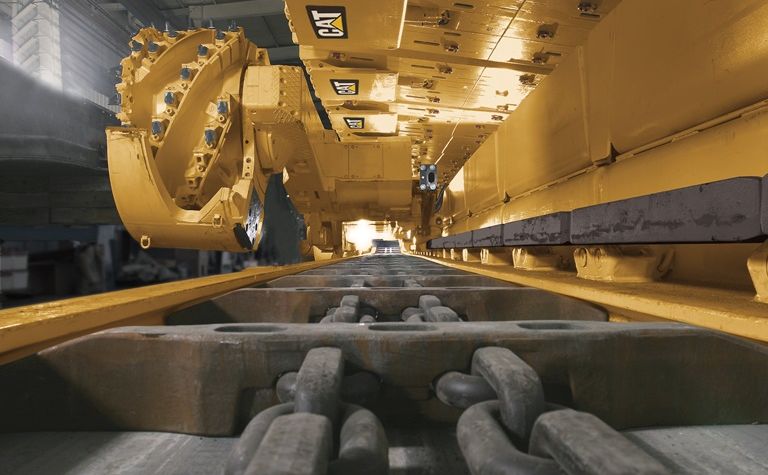 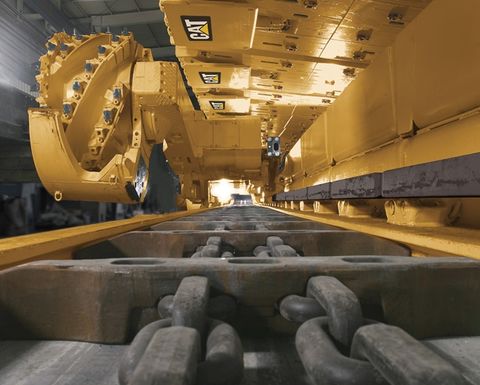 PRESS RELEASE: The longwall will operate in the mine named after V.D. Yalevskyi, Yalevskogo Seam #52 (formerly Mine #7), with commissioning planned for early next year.

In April, SUEK commissioned the first 400-meter (1,300-ft) longwall face in Russia in the same mine, but in Seam #50, formerly called Kotinskaya. Previously, the widest longwall face in Russia was 300 meters (980 ft). The equipment for the face extension and the upgrade of the armored face conveyor (AFC) system was manufactured by Caterpillar and assembled and commissioned by VT.

The mine is located in the Kemerovo District in Siberia where SUEK operates ten longwall faces in their underground coal mines and two open pit coal mines. The longwall systems at the two faces average cutting heights of approximately 4 meters (13 ft).

With its patented trough concept and durable pan design, the Cat AFCPF6 face conveyor is particularly suited for applications in longwalls with extended face length and for panels with coal reserves of 10 million tonnes and more. The innovative design of the PF6 line pan allows the separation of wear parts and structural parts. Very hard, wear-resistant materials are used for wear parts, while the structural parts are made of high-strength steel.