The Mexican government has ordered all 'non-essential' business activities in the country to cease, including mining, until April 30, as part of its plan to curb the spread of the COVID-19 virus 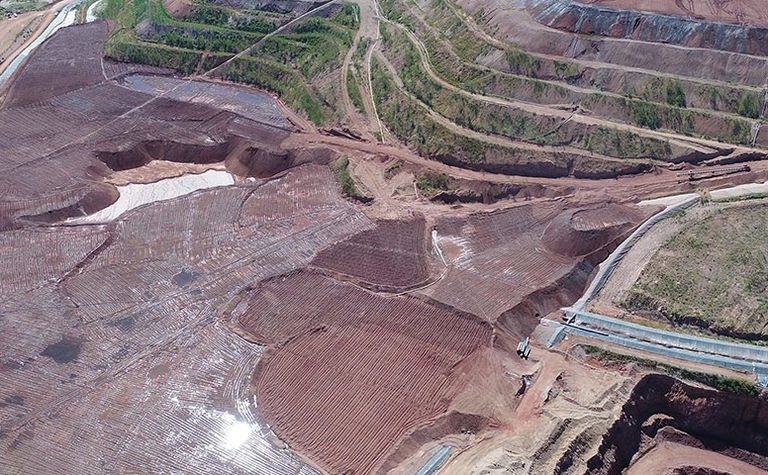 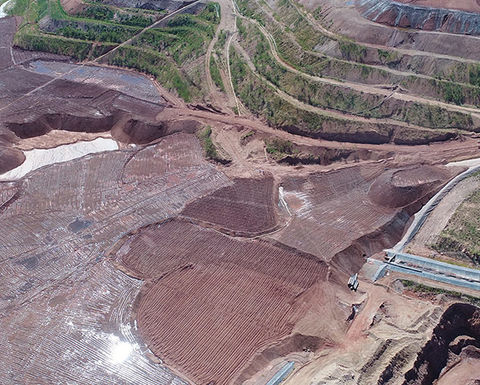 Castillo is one of the mines impacted by the Mexic decree suspending all non-essential business, including mining

While the employees of impacted miners in the country appear to be free of the illness thus far, they are collectively heeding the order, with many operations already closed.

Some of the mining operators who have been impacted by the directive include:

Newmont president and CEO confirmed that the miner is now ramping down operations at the Peñasquito mine in the Zacatecas state.

The gold-silver-lead-zinc operation, which produces about 129,000 gold ounces annually, had already implemented "rigorous and wide-ranging controls" to protect workers and neighbouring communities, and currently has no active virus cases.

President and CEO Tom Palmer said four other Newmont mines had already been placed on care and maintenance. The company's 2020 production guidance has also already been withdrawn.

US-based Gold Resource, which has kept its Nevada mining unit in operation during the pandemic while taking a number of precautionary measures for safety, has heeded the order by temporarily closing its Oaxaca complex.

Company officials said it would maintain a limited staff for environmental system management and to maintain mine safety.

Canada's Sierra Metals said that, between March 30 and April 30, it would keep only essential staff at its Bolivar mine site and its Cusi mine will be placed into care and maintenance during the stoppage period.

"The company has some operating flexibility at Bolivar to run the ore-processing mill at higher levels, which should help recover lost ore tonnages from this suspension."

"Argonaut will work towards an orderly suspension of mining, crushing and stacking activities," president and CEO Pete Dougherty said April 1 of the federal government suspension mandate.

While the company did not specifically outline the mines involved, its Mexican portfolio includes the El Castillo and San Agustin mines, which together form the El Castillo complex in Durango, as well as the La Colorada mine in Sonora.

It additionally has several projects in an exploration stage, such as the San Antonio project in Baja California Sur and the Cerro del Gallo project in Guanajuato.

"It is important to recognise the seriousness of the COVID-19 pandemic, and while we have not experienced a known or suspected case in the company to date, we have been and will continue to take precautionary measures," Dougherty said.

"The health and safety of our workforce, their families and the communities in which we operate is paramount, and we continue to be dedicated to maintaining a safe work environment."

Agnico Eagle officials said it had three impacted gold operations that it was "ramping down … in an orderly fashion" in accordance to the government decree: Pinos Altos, Creston Mascota and La India.

All will be placed into care and maintenance through the idling period, and its Mexican exploration activities will also be suspended.

"The company expects that the actions it is taking should allow for the timely and safe re-start of normal operations once the decree is lifted," the miner said.

"[We] will continue to communicate with the government of Mexico to ensure compliance with the decree and will continue to discuss procedures to potentially increase activities at the company's operations while having regard to the health and safety of our employees and communities."

At this time, like its contemporaries, Agnico Eagle confirmed it had no confirmed COVID-19 cases at its operations at this time.

Canada-based Alamos Gold confirmed that, due to the Mexico directive, it would be suspending operations at its Mulatos mine until April 30.

"The health and safety of our employees, their families and the communities in which we operate remain our top priority," president and CEO John McCluskey said.

"To date, we have not had any confirmed cases of COVID-19 among any of our employees or contractors. We will continue to monitor the situation and take further action to prevent the potential spread of the virus based on the best available information and the recommendations of relevant government authorities."

Endeavour has started the process of suspending its three silver-gold operations in Mexico, which include the Guanacevi, Bolanitos and El Compas mines.

It is, however, retaining essential personnel at each mine site during the suspension period to maintain safety protocols, environmental monitoring, security measures and equipment maintenance. According to the miner, they are following strict COVID-19 safety protocols, and non-essential employees are being sent home to self-isolate, while continuing to receive their base pay.

Endeavour has pulled its 2020 production and cost guidance until further notice.

Fortuna is temporarily suspending mining and processing activities at its San Jose mine. A reduced taskforce will remain on site to safeguard critical infrastructure and maintain environmental monitoring through the suspension period.

The company said it was currently unable to determine the impact on its production and cost guidance for 2020, and was therefore withdrawing guidance.