Canadian miner Almonty, currently making progress with its Sangdong tungsten and molybdenum mine in South Korea, has retained Posco for engineering, procurement and construction (EPC) work at the project 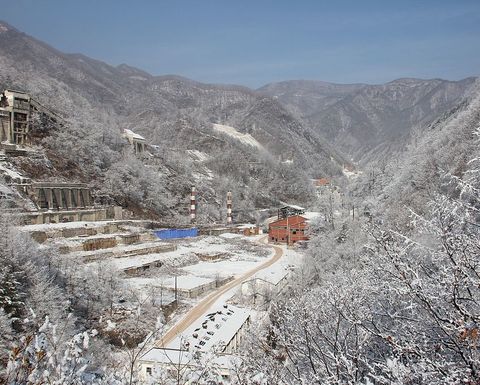 The contract, which has a net price of W40.3 billion (US$37.9 million), was inked on December 28 and work commenced January 2. It includes the construction of primary processing facilities and also the engineering, civil and architectural, machinery and electrical works, as well as commissioning of the processing plant and associated facilities.

Including the primary equipment’s value, Almonty officials said, the EPC price will be 65% of its total earmarked budget for Sangdong, or W54 billion.

The remaining 35% will be spent for the development of underground transportation galleries and accesses to tungsten veins, mine infrastructure, backfill plant, owner’s costs and other expenses.

The processing plant’s main facilities will have a capacity of 900,000 to 1.2 million tonnes per year, with 640,000t/y targeted for the initial years.

The EPC deal accounts for an 18-month construction period and a commissioning timeline of six months.

Almonty chairman, president and CEO Lewis Black called the contract an important and meaningful step for it as it brings one of the world’s largest and lowest-cost tungsten mines back to life.

“Posco has been committed to the Sangdong mine project by offering a competitive contract price as the project carries the historical implication of rebuilding its original mother company,” Black said.

“Based on the current EPC and mine development contracts we believe that Sangdong will be in commercial production after ramp up latest Q3 2019.”

POSCO and Vale have committed to achieve carbon neutrality by 2050.