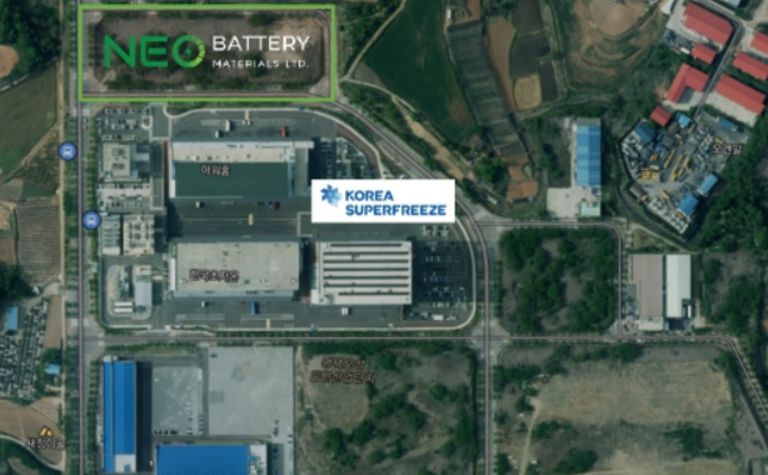 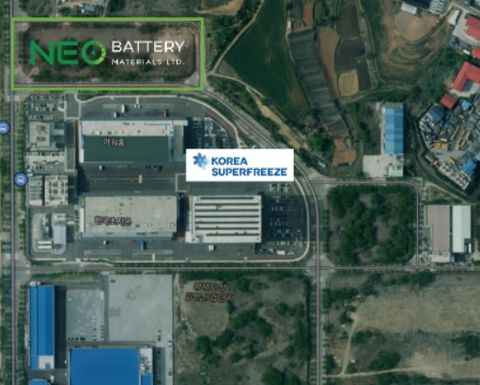 The factory will be built nearby LG Energy Solutions and Samsung SDI.

The company has secured a contract for the 2.5-acre commercial plant in Gyeonggi Province's Oseong International Investment Zone with an unnamed architectural firm.

NEO Battery Materials aims to produce 240 tons of NBMSiDE silicon anode material products, which are produced through NEO Battery's nanocoating technology and have a high specific capacity of more than 2500 mAh/g.

The material is used in lithium-ion batteries.

The company also plans to build a four-storey office building, with additional space for an anticipated expansion of the production of NEO's anode material. The space can accommodate 1,800 tons of anode material.

The permit and approval process will be undertaken at the same time as construction, and is expected to take two months.

NEO Battery Materials has also secured an engineering design contract, and will have eight engineers working full-time to build the mass-production lines of the silicon product.

The company will now move to designing detailed processes for production lines, and will undertake orders of components that have long lead times.

NEO Battery Materials plans commission of the commercial plant in the first half of 2023.

The company kicked off a pilot plant project for metallurgical-grade silicon in June 2021.

NEO Battery Materials will launch a consortium with the University of Toronto and an anonymous OEM.