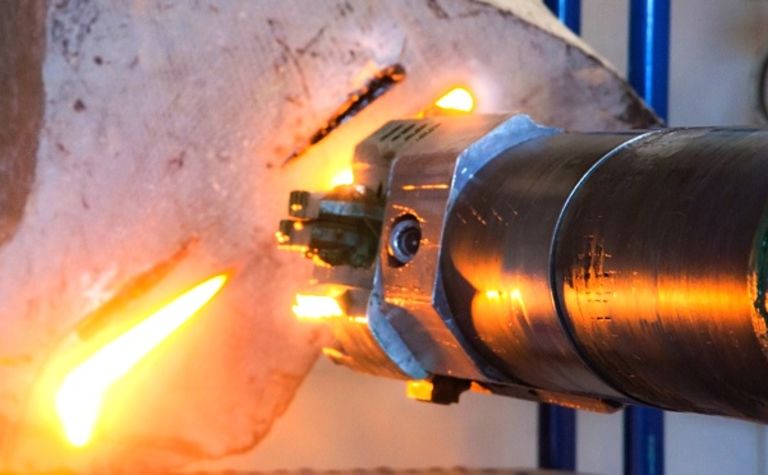 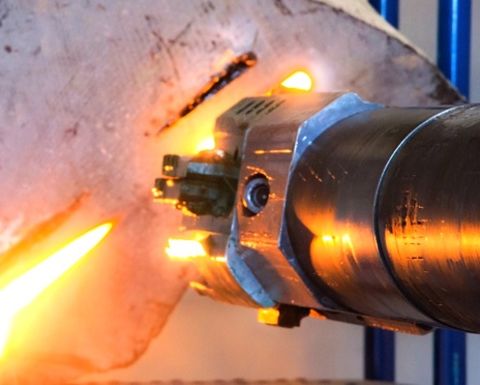 “I’m absolutely convinced that in the next 10 years we will be cutting rocks with lasers as a production tool. Out of all the technology changes, cutting, to me, will be the most significant,” he said.

O’Neill said there were drills in the US geothermal industry using lasers in the heads for rock penetration. The US company doing this, Foro Energy, said its drill bit featured a rotating laser beam that fractured and weakened the rock, combined with a set of polycrystalline diamond compact (PDC) cutters that scraped the weakened rock from the area exposed to the laser beam. Foro started up in 2009 and was built on a decade of academic work at the Colorado School of Mines.

“They have worked out, through people I have been dealing with at Cambridge University, that if it [the technology] can’t cut rock, it can certainly soften it and then you can cut it. I think that will lead to a fundamental change in some of our mines. You will be able to cut rock, rather than drill and blast,” O’Neill said.

The knock-on effects of such technology could be great. “If you cut it, then you don’t necessarily need traditional haulage, you could potentially put it onto a conveyor belt or into a pipe,” he adds.

Then there is the safety impact. With no need for blasting, human beings could be removed from one of the most dangerous areas of the whole ore-extraction process. And, it could also change a mine’s design.

“I think laser cutting and lessons from the fracking industry can potentially enhance the whole use of targeted nanotechnology around orebodies, just by the way you access the orebodies without opening up large areas and reducing the amount of waste rock you have to move. This would represent a major step change from drill and blast,” O’Neill concludes.