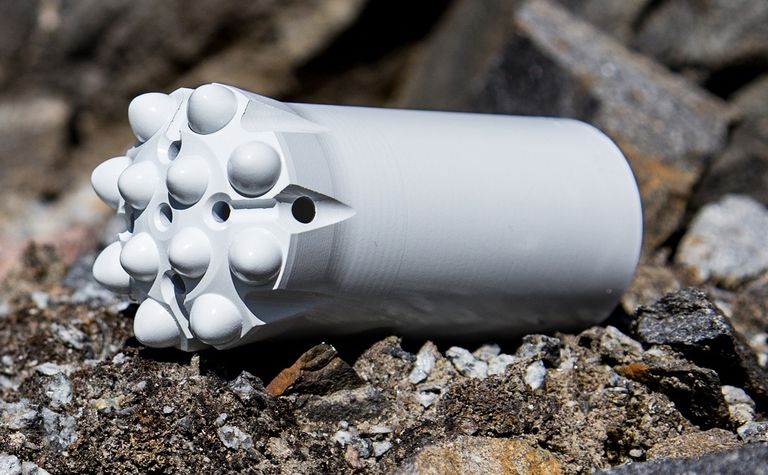 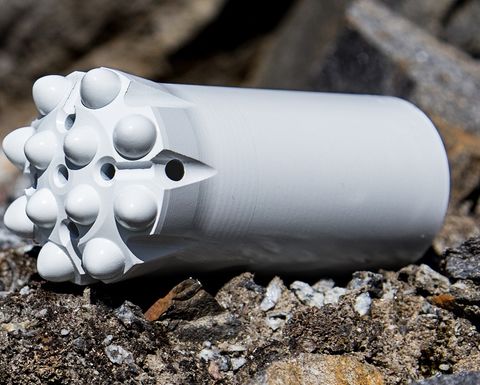 PRESS RELEASE: The new Evolution top hammer bit series is the result of a systematic approach towards crafting the best possible button bits, and was developed using simulation and analytics, Robit explained.

At the smaller end of the new series, development focused on the specific needs of high-power and high-frequency drilling in tunnelling and drifting applications. Multiple model approaches were taken, with one design featuring just six extra-large buttons in a 48mm bit. All variants were extensively tested with Robit’s customers and set against conventional hard-rock bits. In the end, the best results were gleaned from modifications and optimisation to face design, but particularly from increasing both gauge and face button numbers, as well as increasing the number of flushing holes. According to Robit, the test results of the Evolution bit in hard Scandinavian granite were impressive, with grinding intervals up to 60% longer and lifetime 20% higher compared to conventional hard-rock button bits.

In the medium to large sizes, significant performance strides were taken by focusing on flushing properties. Here in particular, the computational fluid dynamics (CFD) simulations proved their added value, as they drove the pre-test phase for finding of optimal solutions. The 76mm Retrac button bit exemplifies the new design aspects. The Retrac body itself has the signature Robit curving grooves and the sleek geometry flows through to the new face design. The simulations showed that the flow pattern is more even, which reduces bit erosion. The pressure distribution is more uniform, and the smoother side channels along larger main grooves increase airflow ensuring efficient flushing. ‘Dead space’ across the face is significantly cut by introducing an extra flushing hole in the middle, clearing the centre area better of cuttings.

The 102mm bits were tested in extremely hard and abrasive rock formations in Pennsylvania, US, where the company had been facing a common problem with a customer to find the most suitable bit for these conditions. The new formula, Robit claimed, allowed it to out-perform competition and more than double the achieved metres compared to its previous model.