W Resources’ La Parrilla tungsten and tin mine in western Spain has achieved early start-up, while also moving into the initial phase of a staged ramp-up to prime production levels in the first half of 2019 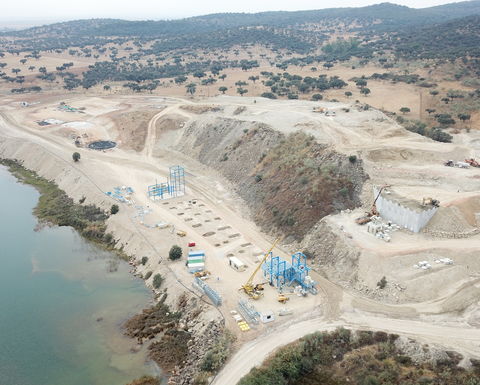 The company said it moved into stage one of the three-stage production programme to take advantage of strong pricing for both concentrates and the advanced progress of La Parrilla, paired with its priority of executing its ramp-up plan. That stage includes commencing concentrate production using tailings feed from its existing concentrator, reaching 10-15t monthly from this month ahead of a planned first shipment in December.

Phase 2 for the Spanish operation will be official once the tailings feed transitions to higher-grade mine feed through the concentrator, which is expected following completion of the crusher that will permit the production increase in the March quarter of next year. W Resources said the crusher's mechanical completion and commissioning is on schedule and should be realised next month.

The final stage in process will come in the June quarter of 2019, when production kicks off from the new large-scale concentrator at the project. By the end of the year, La Parrilla will have steadily ramped up to 200t per month.

"Early start-up of production allows W to generate revenue and cashflow ahead of large-scale production at a planned run rate of 2,500t per annum of tungsten concentrate," officials said, adding that it will also permit its team to ‘fine-tune' the concentrator's design enhancements and also appoint and train a skilled operations and maintenance team.

"Key plant design improvements to the current plant have been implemented with the aim of increasing existing plant feed capacity to 50t per hour, improving fine tungsten recoveries through segregation and treatment of discrete particle distributions through the gravity circuit, as well as improvements focused on improving the final tin concentrate specifications."

The fully funded La Parrilla mine, which will initially be an open-pit project, was 100% acquired by W Resources in 2013. It has an expected mine life exceeding 11 years.