Aura Minerals’ Aranzazu copper-gold-silver mine in Mexico has declared commercial production, both below budget and a full two months ahead of schedule 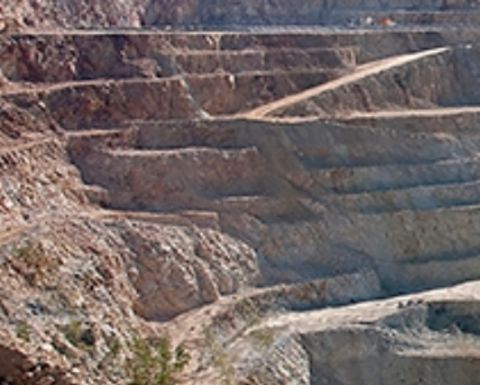 Officials said the production level was effective December 10, and that the operation maintained an excellent safety record during the ramp-up.

The news for Aranzazu, located in Zacatecas, comes just two months after Aura confirmed the delivery of its first shipment of concentrate on October 16. The mine's plant officially came online September 3.

President and CEO Rodrigo Barbosa said the mine opted for a shorter life of mine in order to optimise its restart plan.

"However, we are very excited about Aranzazu's future and expect the life of mine to be considerably extended after we implement the new geological investment strategy in 2019," he added.

Aura is still working on Aranzazu's underground mine development and operational plant improvements as it targets full production. It is nearing completion of the project's new tailings disposal facility (TD5), with tailings being stored in the historic TD1 and TD2 dams in the meantime; Barbosa said there is sufficient capacity there to support activities for the coming months.

Aura owns 100% of Aranzazu, which previously produced, but was placed on care and maintenance in early 2015 due to finances and deflated metal pricing. It has a mine life of about 5.5 years.

The miner also has the San Andres gold mine in Honduras (currently suspended due to illegal occupation) and the Ernesto/Pau-a-Pique gold mine in Brazil in its mining portfolio.