Vancouver-based gold producer Ximen Mining has completed construction of the portal at its Kenville project in in southern British Columbia that provides access to the mine’s 257 level. 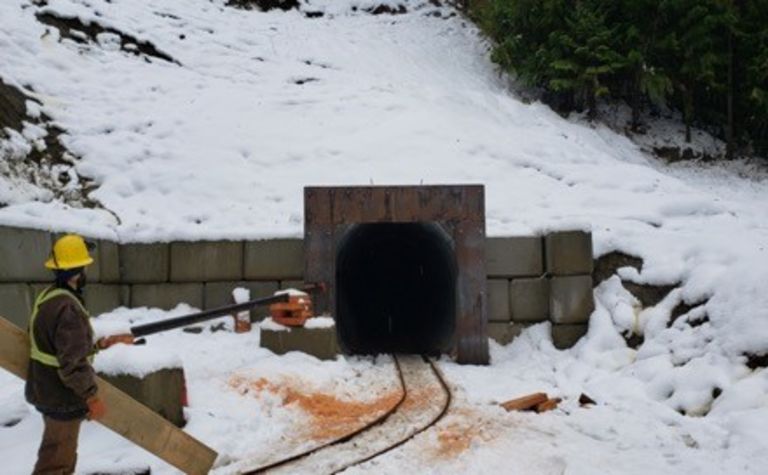 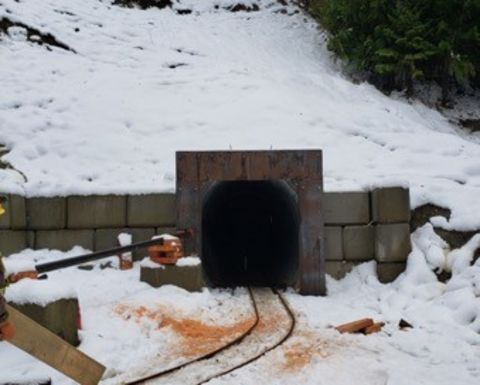 The installation of the new portal culvert is now complete

The portal culvert was completed this week following the placement of back-fill, the construction of a door on the outside of the culvert, and the installation of rail ties and track on the inside to connect with the 257 mine level.

The company, which started the final excavation on the 257 portal in August, began laying track and receiving equipment for the mine level earlier this month.

Ximen noted that permitting for the new mine development was "progressing well" with public notifications and responses completed.  The final application has been submitted to the Mines Review Committee.

Kenville, west of Nelson in the West Kootenay region, has an expected life span of more than 20 years.

The historic mine site, which is the first recorded underground mine in British Columbia, reportedly produced 65,000 oz gold and nearly 28,000 oz silver intermittently between 1889 and 1956.

The company plans to drive a new underground decline with rubber-tired trackless equipment that will facilitate both lateral and vertical development.

This will provide access to the centre of a series of vein intercepts from 2009-12 surface drilling. The new decline will be driven to a target of 524 metres.  Underground drilling will then be done to outline areas of potentially mineable material, starting as the decline is advanced.

In addition to Kenville, Ximen Mining also owns three precious metal projects in southern BC, the Amelia gold mine, the Brett Epithermal gold project and the Treasure Mountain silver project.