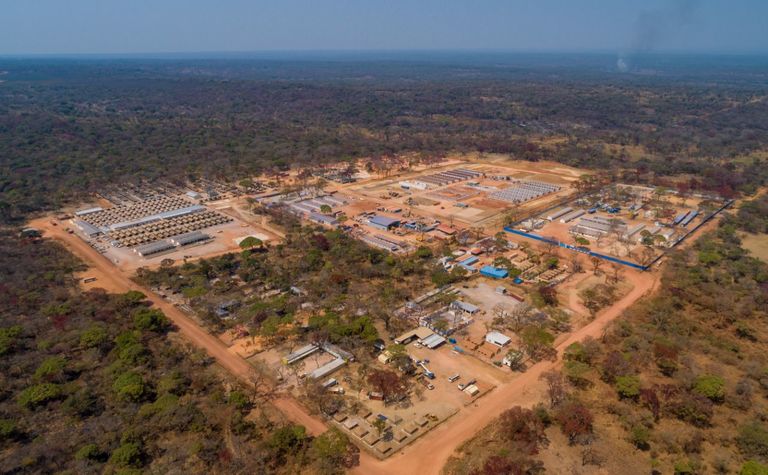 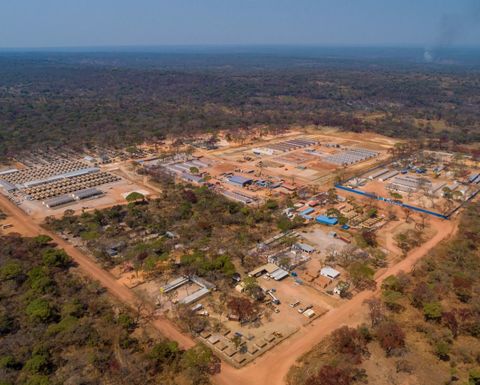 Ivanhoe Mines plans to double throughput at its Kamoa-Kakula copper mine in the Democratic Republic of Congo in the second quarter of 2022.

The Phase 2 construction is underway to allow for milling to increase to 7.6 million tonnes per annum. Ivanhoe projects that Phase 1 and Phase 2 combined will produce approximately 400,000 tonnes of copper per year.

Copper concentrate has been produced from the Phase 1 3.8-Mtpa concentrator plant since May, with commercial production achieved on July 1. Commissioning has been completed, after a second filter was installed and commissioned.

A third filter will be installed during the Phase 2 expansion. Construction for the expansion is now more than 60% complete, with the second 3.8-Mtpa concentrator plant expected to start up in the second quarter of 2022.

Ivanhoe Mining is focusing now on erecting and installing the structural steel, platework and piping, as well as the crusher, ball mills, floatation cells, and tailings thickener.

Ivanhoe and its partner Zijin Mining, which both hold an 39.6% interest in Kamoa-Kakula, are considering expediting Phase 3 of concentrator expansion, which would call for a third concentrator plant to be located 10 miles north of the mine. The Phase 3 concentrator would have a larger capacity than the 3.8-Mtpa capacity of Phase 1 and Phase 2 plants.

The Phase 3 concentrator would process ore from the Kansoko Sud deposit, as well as the opening of the Kansoko Central mining area and the Kamoa North area.

The plans also call for upgrading turbine 5 at the Inga II hydropower plant to provide 162 megawatts of hydropower.

The smelter will use technology from Outotec. The next steps will include basic engineering and ordering of equipment.

In an effort to be carbon-neutral, Kamoa-Kakula will be electrifying its mining fleet, which will be powered by hydrogen fuel cells or electric batteries. The mining project staff are also working with mining suppliers to decrease fossil fuel use and use more electric and hydrogen technology. The mine is already powered by renewable hydropower.

At the Western Foreland Exploration project, located around the Kamoa-Kakula project, Ivanhoe has nearly completed building a 60-kilometer road across the western permit area. Fifty-eight kilometers have been cleared, and 46 kilometers have been covered with laterite. The company has added 9.4 kilometers of road to access the southwest foreland.

Ivanhoe has undertaken airborne surveys in the third quarter to delineate drill targets.

Ivanhoe has raised its 2021 copper guidance after copper mine Kamoa-Kakula entered into Phase 1 commercial production in July.

The mine has off-take agreements with CITIC Metal and Zijin subsidiary Gold Mountains International Mining Company Ltd., and include copper concentrate as well as blister copper processed by nearby Lualaba copper smelter.