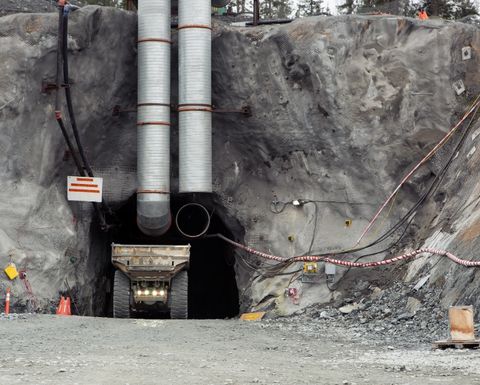 Vancouver-based PureGold will revamp parts of its mine infrastructure to improve ore production and reduce operating and sustaining capital costs.

PureGold operates the PureGold gold mine in Ontario, which has an indicated resource of 7.2 million tonnes at 8.9 g/t of gold for 2,063,000 ounces.

Compressed air is needed for several underground production drills, and has included temporary electric and diesel compressors. However, the diesel units have struggled with the cold temperatures, which has resulted in low mechanical availability.

PureGold has now acquired three new electric air compressors. These will be delivered and installed in the June quarter.

The company has also identified the need for a better maintenance strategy for its mobile equipment fleet. Working with principal supplier Epiroc, the company will rapidly assess and repair the fleet, which will significantly reduce variability and also the size of the fleet required for current operations, PureGold said.

The assessment and repair phase will begin immediately, and will conclude in the June quarter.

Steps have also been taken to improve the speed of sill development and increase the quality of definition drilling.

It will also purchase and install an on-site camp which will feature two 44-person dormitory units, a five-unit kitchen and dining facility, and one recreation unit. PureGold has signed an operating contract with Shared Spirits LLP, a shared venture of Wabauskang and Lac Seul First Nations.

The company is also working with SRK Consulting to optimise the life-of-mine plan for the project, and will release updates in the September or December quarter.

PureGold has been able to process more than 800 tonnes per day, and is awaiting approval to process 1,000 tpd.

The upgrades are expected to increase gravity recovery from 10% to 15%.

ARM plans to restart Bokoni mine