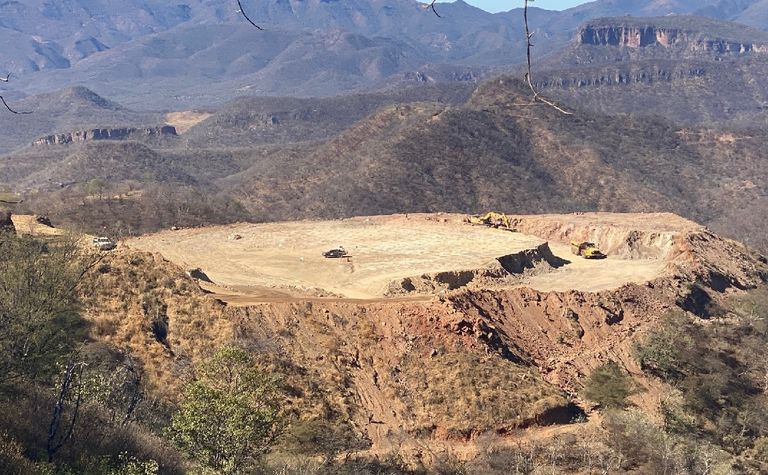 Minera Alamos has made a series of upgrades at its Santana gold mine in Mexico, following a brief suspension of activities to analyse start-up data.

The mine produced its first gold in October 2021.

The company has implemented a new and higher crushing cut-off grade strategy, which allows for a 50-50 ratio which will prevent future bottlenecks.

It also updated mine planning for the Nicho Norte starter pit, moving the main service ramp to allow for better mine traffic flow in and out of the pit. The company anticipates starting mining activities there later in the June quarter.

Minera Alamos also received a formal permit for explosives storage in February. This will further optimise blasting for production. The company has also cut costs by bringing drilling and blasting in-house, and is no longer relying on third-party contractors.

The company has also improved the use of mine contractor equipment by reducing distances and reallocating existing equipment to more optimal haul routes.

"The ramp-up has advanced to the point where gold production for the quarter is sufficient for the company to be cash-flow neutral at the corporate level," chief executive Darren Koningen said.

"With the plans to open up the main Nicho pit this quarter, we should see a shift in mining rates that in due course will allow a growing operation to drive positive cash-flows in the second half of the year."

In the June quarter, Minera Alamos aims to complete on-site laboratory facilities, and complete a maiden resource report for the first phase of the Nicho deposit.

It will also plan the Phase 4 drilling programme to explore gold-bearing pipes identified in areas surrounding the Nicho deposits.